What would you do if a burglar broke into your house and he/she was found e... | Miscellaneous | Similar Worlds
Miscellaneous
Follow
Positive
No Notifications
Only logged in members can reply and interact with the post.
Join Similar Worlds today »

What would you do if a burglar broke into your house and he/she was found eating food in your kitchen? I

Let them finish eating and ask them to leave, ask them if they need a job and hire them, ignore them?

WintaTheAngle · 41-45, M
[@1019539,mysteryespresso] Then I’d adjust the mood lighting, put on some Barry White, light some candles and offer her a second helping
+ 2

Rooster · M
I'd laugh because it would be crazy for a burglar to even find my house, let alone break in!
+ 2

Usedtohaveanoffensiveusername · 61-69, M
lock the door and call the cops
+ 1

MilitantIrishman · 26-30, M
Choke them out from behind and then dump their unconscious body outside my garden with a note telling them next time I'm dumping them in a bin.
+ 1

MilitantIrishman · 26-30, M
[@1019539,mysteryespresso] It has three aspects to it's meaning. One is that I'm a competitive fighter and so that part of my life could be described as militant.

Another aspect is that I am militantly Irish in the same way that some people are militantly atheist. Meaning aggressively and proudly so. 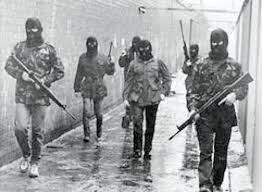 John01 · M
No, I wouldn't trust them, I don't care who it is. Many a burglar has turned murderer when they've been caught out. It's true unfortunately.
+ 1

DeluxedEdition · 22-25, F
LMFAOOOOOOOOOO god bless you i would pepper spray them to subdue them, and hold them at gunpoint until police arrived and if they tried anything they're getting shot in the extremities
+ 0 · Reply · Jun 5, 2021
Edited: 2 wks ago

DeluxedEdition · 22-25, F
[@1019539,mysteryespresso] sounds like they're on drugs and wandered into my house. if they wanted food there are food banks not even a mile walking distance from my house and the salvation army houses and feeds people.

they were wrong for breaking and entering my house. i'm a single mom and don't know what their intentions are
+ 1