Home Groups People
I'm still not buying the microchip in the injection conspiracy theory ... | Miscellaneous | Similar Worlds
Miscellaneous
Follow
No Notifications
Only logged in members can reply and interact with the post.
Join Similar Worlds today »

I'm still not buying the microchip in the injection conspiracy theory

I just dont get why they would go through the expense of tracking people that way when we already have a culture where we all have cell phones.

adorbz · 22-25, F Best Comment
I eat microchips for breakfast, in the uk we call them microcrisps
+ 7

HatterM · 46-50, M
Hmm. I didn't think it was a theory. Wasn't it documented as an advantage of the production technique to be able to know who's given what when?
+ 1

anythingoes477 · M
[@1044765,htreaty] "Declared publicly"?? lol lol lol lol lol Let me guess Professor Alex Jones put that out? Or was it the Q people who believe seriously......because it was "declared publicly"...that there are lizard people who wear human masks trying to take over America? lol lol Or Pedophile baby-eating cannibals hiding in the W.H. and ONLY Donnie can find them and kill them??

Truly, truly......the stupidity of trump culters in America is stunning.
+ 2

SW User
The UK track and trace system is virtually useless, so I'm not to concerned about being monitored.
+ 4

SW User
[@588010,Lugubrio] look at the csv excel debacle with the case record. I use to be a dba at the bank of England that sort of cobblers would have lost my job there
+ 1

SW User
[@14688,Nunos50] I'm not really an IT person, but spend quite a bit of time assessing software validation in medical and diagnostic devices, which in this case seems to be completely absent.
+ 0 · Reply · Nov 23, 2020
Edited: 5 mths ago

I worked in pharma r&d after my city excursion
+ 1 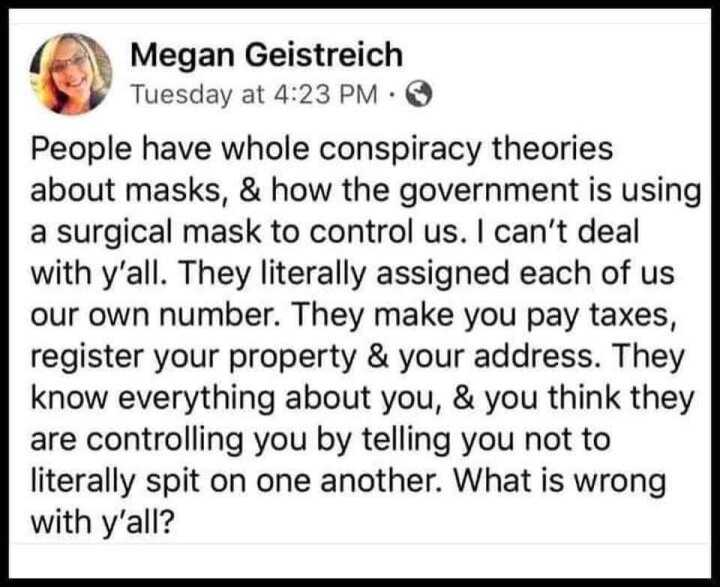 deadgerbil · 22-25, M
That's what you think! With microchips, we'll all be tracked and attacked by these things! 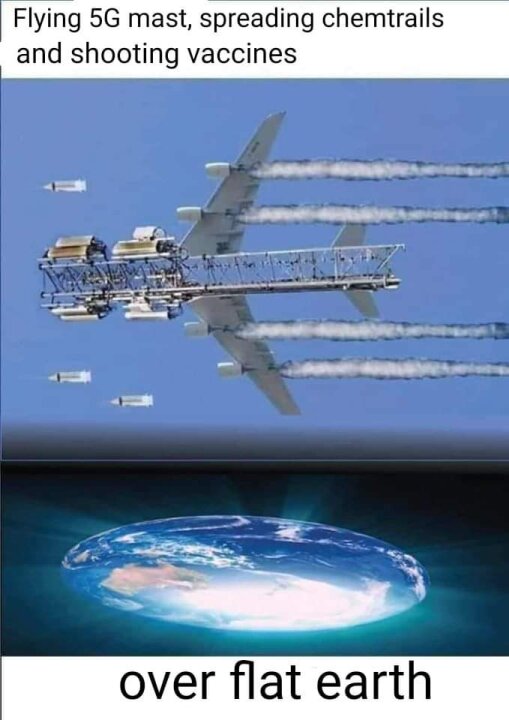 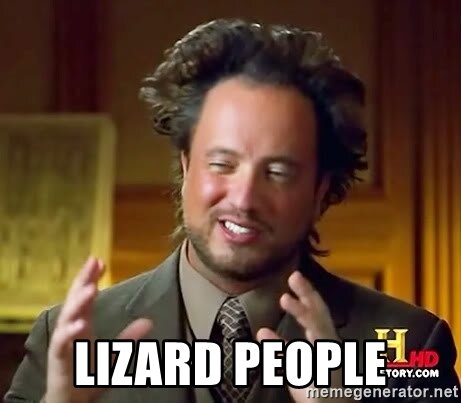 The RFID’s in this article are meant to be affixed to the labels of either prefilled syringes or vials of vaccine. It is meant for operational tracking and inventory.

There has never been a plan to inject microchips.

HarryRidesTheShortBus · F
[@1044765,htreaty] That article was about enforced vaccinations. I didn't see anything that suggested the actual vaccine itself carried a tracking microchip. Only the labels on the syringes. That would make sense as an easy way to keep track of the vaccines along with who received them, considering millions will be produced and dispersed. It leaves less room for human error IMHO.

[quote] Do the prefilled syringes feature RFID tracking?
Radio frequency (RFID) and near field identification chips can be affixed to the label of a prefilled syringe, according to RAPID USA's website.

If this option were used, a health care worker could remotely track the time and place of each injection in real-time via a free mobile phone app.

Our rating: Partly false
The DOD and HHS did contract with ApiJect Systems, a company that makes pre-filled syringes, for a mass-production supply chain during an emergency. RFID/NFC tracking is an optional feature of the syringes, according to the RAPID Consortium.

But there is no evidence the contract is a precursor to law-enforced vaccination on the federal or state levels. Trump said that once the coronavirus vaccine becomes available, immunization will be optional. Moreover, generally states only require vaccinations for certain individuals.[/quote]
+ 2

HarryRidesTheShortBus · F
lol. How can the government keep tabs on all of us when they can't even figure out how to keep foreign spies out of this country? https://www.nbcnews.com/news/us-news/chinese-woman-arrested-mar-lago-had-device-detect-hidden-cameras-n992301
+ 3

InOtterWords · F
people really are not too bright.

SumKindaMunster · 51-55, M
Yeah exactly. There is no need to inject anyone with this as the technology already exists and has been adopted by a large portion of the population.
+ 2

BackyardShaman · 61-69, M
I’m not buying it either, but I’m sure they will be tracking our political interests with the newer Federal ID system in the USA.
+ 1

JaggedLittlePill · 41-45, F
Have you seen the blonde wannabe Barbie chic from tik tok with her dramatic acting out of getting killed for refusing the vaccine because it has a chip in it?
+ 2

Straylight
[@1845,JaggedLittlePill] Lol, did they kill her with a punch to the mouth?
+ 2

wildbill83 · 36-40, M
because people who push such conspiracy theories are luddites with little to no understanding of any technology
+ 2

SW User
Because its all utter madness.

As you correctly point out all these people have Google and a variety of apps tracking their every whereabouts and with any voice operated phone, TV or home hub then everything they say is being listened to. But they won't have a vaccine that will save their and others lives because of a monumentally fanciful belief it can track them 🤔🤦‍♂️
+ 3