If you send someone a selfie after you’ve been texting back & forth con... | Situations | Similar Worlds
Situations
Follow
Asking
No Notifications
Only logged in members can reply and interact with the post.
Join Similar Worlds today »

If you send someone a selfie after you’ve been texting back & forth consistently for a full hour...

and they don’t respond or comment about your selfie right away, do you automatically think they’re no longer interested in you?

If someone sends me pics, I do my best to respond right away because I don’t want them to think that I thought anything bad of their selfie.

I’m not referring to someone who sends you d pics out of the blue, but someone you’ve been talking to for a while.

marsbar · F
[@1019539,mysteryespresso] Yes, that’s what I think as well. I’ll get a text later saying they liked my pic, but when so much time has lapsed, the sentiment is lost.
+ 1

That person might be making a mistake though. Sometimes we don’t like the selfie pic but we like the person when we talk to them on video call and meet them face to face
+ 1 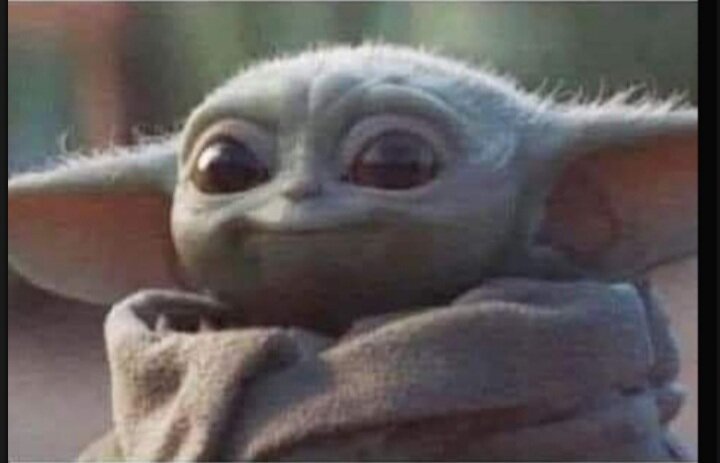 What do you think please be honest🙃
+ 4

HannahSky · F
I'd think responding right away would be most polite and acknowledgement that you sent a picture of yourself, especially if it's the first time.
+ 2

pentacorn · F
you, in particular, are a very conscientious person, and i assume you are texting with a male.

although it might cross my mind that they might not be interested, it's more likely they're staring at the pic, then trying to take a decent one to send back.
+ 5

Yes, & it often just takes a few minutes even to sense chemistry over text or not.
+ 1

TheSunisout · 56-60, M
well, some people are probably taken aback on seeing your beauty and thinking they are not worthy, or it's just the other way around.
+ 2

Or, um, they're busy getting more comfortable, to be busy ;) or playing lol
+ 2

I know someone can get busy. I can too, but when I respond, I may say something like, “Sorry to respond so late. I got busy, but you look cute/great/sexy/handsome in that pic 😊”. So they know I’m being sincere & genuine.
+ 1

marsbar · F
[@827015,Platinum] They know what I look like though from my dating profile. They just want additional selfies sometimes.
+ 1

Aidolovemostofyourthoughts · F
Yeah, I'd think they're no longer interested.
If someone sends me pics for the first time, I also make the effort to respond immediately.
+ 2

Aidolovemostofyourthoughts · F
[@73351,marsbar] Thank you. And you're very thoughtful as well. ❤️
+ 1

GJOFJ3 · 61-69, M
Yes a selfie in the course of an ongoing long text conversation deserves a prompt response
+ 1

Picklebobble2 · 56-60, M
Several possibilities on this.

Maybe something has come up and they're dealing with something else at the moment.
Maybe they're doing an image search to see if you 'pop up' anywhere else on social media and are reading/researching other sites you might be on.
Maybe they're taking all the details you've given them so far; coupled with your freely submitted photo and are creating a fake identity for nefarious purposes.

I'm suspicious by nature, this is what i'd be wondering
+ 5

Classified · M
It could be just ill timing. Like they started working or sleeping, but otherwise replying quickly is polite.
+ 2

Magenta · F
I wouldn't think that necessarily, but would defo be wondering what's up?
+ 1

Gaiia · F
Well I usually respond as quickly as posible, selfie or not, but sometimes I'm not around.
But definitely, I love pics and give them importance.
+ 1

OogieBoogie · F
I get curious, then I get cynical, if enough time passes.
Usually if I've been texting for something like an hour, I'd hope they'd let me know if they had to go .
+ 1

Stark
💀 I literally commented this one the wrong post at first Mars. Anyway here

I guess it would depend, because there are times I’m not able to respond right away due to my work schedule and it was similar to a guy I dated previously. But, if they started responding slower after I sent the pic and their reaction wasn’t a good one or very responsive...I probably would feel a bit insecure afterwards. There was a guy I dated who didn’t really compliment me much, and that bothered me a lot, and I realized I like a guy who compliments me every now again especially when I dress up. If I’m with a guy I like him to be attracted to me and show/express that.
+ 2

marsbar · F
[@526701,Stark] I agree with you. I’m not comfortable with compliments all the time, but once in a while, it’s appreciated, especially if I take the time to fix myself up.
+ 1

PepsiColaP · 22-25, F
If they had asked for a pic or we were consistently talking and then I've sent it but took a while to reply I would also think they just didnt like it. If I sent it randomly and didnt know whether they were active or not then no. Or if they had told me while we were talking that they're working /busy with something then not quite either. But yeah I literally check my phone every so often in case I have missed msgs from him while ignoring a 100 other ppl 😂 it really depends on many things
+ 2

ronisme1 · 61-69, M
I have missed messages many times during a conversation. Ask them after you sent it if they do not respond if they liked it. There is a chance they missed it
+ 1

KuroNeko · 36-40, F
I had a guy stop talking to me after I sent him one once. He text back the next morning saying he changed his mind about me. It was pretty crushing lol.
+ 3

What's this persons history regarding responses, thereinlies your answer.

Ps, you seem like a perfectly fine individual and whomever you are corresponding with should be grateful to be in such good company.
+ 1

TurtlePink · 18-21, F
I'm the same way. I will always respond back no matter if I lost interest because of how they look. It's just so uncool to do that to somebody. Because what if they feel like that was their best selfie and then now they feel like crap 😢
+ 1

marsbar · F
[@526179,TurtlePink] Yes. That’s true. It’s better to respond & be kind even if you’re not interested. Then afterwards you can find some way to say you’re no longer interested.
+ 1

Keepitsimple · 51-55, F
If they asked for the pic and didn’t reply I’d assume they aren’t impressed and probably stop contact.
+ 1

Keepitsimple · 51-55, F
If you ever notice, people like that never give compliments and mostly only talk about themselves which can be boring. It would be nice to be acknowledged at least. [@73351,marsbar]
+ 1

If you have to remind them you sent a pic....I would say ‘enjoy it’ cause that’s the last they would see of me.
+ 2

Darksideinthenight2 · M
Well no not necessarily
Bec ppl could be busy and may not be able to get back with u for a little bit. Now if it was a half a day or longer like a day or two then yeah something is up lol
+ 1

marsbar · F
[@967051,Darksideinthenight2] Hmmm well I guess if they’re busy, but still, an “I’m sorry I couldn’t respond sooner...” would be nice, especially if they requested it. Maybe it’s different for some men, & they don’t particularly care for an acknowledgement. 🤔
+ 1

StevetheSleeve · 26-30, M
I believe I’ve responded with a panting emoji within seconds every time I’ve received a nude from you.
+ 1

JustcallmeNameless · 31-35, F
Just cuz they ask doesn't necessarily mean I would send a selfie to begin with. I send one when I feel comfortable to do so not because they request it.
+ 1

Synyster · 46-50, M
If it's a new relationship, he should've responded right away especially if he requested the pic.
+ 1