What Famous People Have You Met?

When I was 6 or 7 years old, I went to a Detroit Pistons game with my Dad and Uncle. Sitting two rows in front of us was Kid Rock. My Dad was freaking out about it. Being that young, I didn’t even know who he was. But my Dad tried to get me to walk up to him but I was too scared.


When I was 20, I went to film school and so I got to work on a few movies. Transformers 5 was filming and I had a summer job working on the set. On set I met Adam Morgan, the assistant director and Micheal Bay himself, the director. Who by the way is a huge jerk. Micheal Bay has a horrible temper. But most impressive would be the days Anthony Hopkins was on set. I was so intimidated by him I barely looked at him. Like I could not get over that Thor’s Dad and Hannibal Lector was in the same vicinity as me.

What about you guys? Got any celebrity stories? 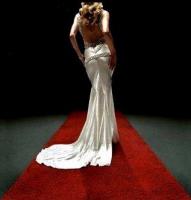