What Is The Meaning of Your Username?

Mine is somewhat simple. Shay is my first name in real life. Adonia is a greek name. I picked it because i’m half greek myself and Adonia is also the feminine version of Adonis. I’m a bit of a tomboy so taking a strong masculine name like Adonis and tweaking it seemed appropriate.

SW User
[i]enfant terrible[/i] is a French idiom roughly equivalent to the English [i]problem child[/i]. It's a reference to my troublesome avant garde ways. :P
+ 1

enkidu
it's just a sad song. usually played at a funeral; often as a march. unfortunately, it was also the name chosen for one of the transformer robots.
+ 0 · Reply · Nov 23, 2020

Lostpoet · 31-35, M
You definitely could pass for a guy. And I've known both guys and girls with Shay as their name.
+ 1

SW User
My very first job at a theater and I was eager wanting register training but they didn’t feel comfortable that day with me on register so I got placed in backbar making nachos and counting cheese sticks most of the day .. as I was filling pop corn bags my elderly co-worker working on register leaned over and said “it’s okay to smile Alexa” and I lightened up after that. Lol
+ 3

SW User
I have this guitar 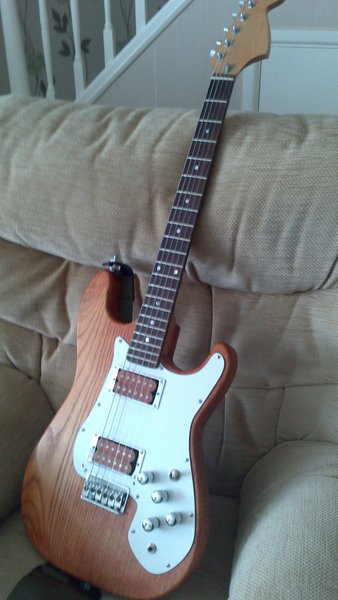 I went for an audition with a band in the 90s with that guitar. The drummer said I like that guy with the Nunostrat as it looks a little bit like Nuno Bettencourts signature guitar.

I got the gig and the Nunos nickname stuck.
+ 6

CereBellum
Region of the brain. 🧠
+ 1

· Reply · Nov 23, 2020
1 people following
I Have Meaning In My Words Personal Stories, Advice, and Support