Home Groups People
What if the United States split into 2 countries would it really be that bi... | Community | Similar Worlds
Community
Follow
Random
No Notifications
Only logged in members can reply and interact with the post.
Join Similar Worlds today »

What if the United States split into 2 countries would it really be that big of a deal?

QuixoticSoul · 36-40, M
The red parts of the country are too poor for that to happen - Biden counties are ~70% of the economy this go around.

Come to think of it, that makes the whole “work hard” thing pretty funny.
+ 3

MarmeeMarch · M
[@19729,TheRascallyOne] He's just doing what he is told to do. I have no confidence that he can actually make a lucid decision on his own.
+ 1

cherokeepatti · 61-69, F
Yes it would be a big deal. Easier to take over both segments when they are divided and smaller.
+ 1

basilfawlty89 · 31-35, M
[@19729,TheRascallyOne] lol? I have family and friends on NYC. All the great US cities like NYC, Los Angeles, Chicago and St Paul are in the North. Most of the world thinks the South are a bunch of inbred, trailer dwelling sister fuckers with meth mouth. And it's accurate.
+ 1

TheRascallyOne · 26-30, M
[@23671,basilfawlty89] Really those are all the worst cities to live in crimes rampant in Chicago New York Seattle has fallen to violent mobs in the South we just kind of move past we know he get blamed for everything
+ 0 · Reply · 2 days ago2 d

ColonelPringle
Getting rid of the Federal Government and letting states be separate would be good. 🙂
+ 2

JP1119 · 31-35, M
[@1188491,ColonelPringle] You realize we already tried that once, right (see "Articles of Confederacy")? You would need a passport to go to a different state, and for example West Virginia money would be no good in Virginia. Oh and the big stuff, like there would be no more social security or medicare. I mean I guess each state could create their own social security and medicare [i]if they wanted to[/i], but it wouldn't be anything like the federal social security or medicare we have now.
+ 1

basilfawlty89 · 31-35, M
[@949508,V00dooCakeNinja] Greek barbeques are okay, not bad, but South Africans and Armenians do it better. As a South African I'll admit the Armenians are a shade more talented that we are, albeit with less alcohol.
+ 1

YourMomsForbiddenCrush · 51-55, M
think about it...... how often do you hear people say..... "Im going to retire and move up north" LOL pretty close to never, but i have seen uhauls coming from New York and New Jersey for the past 40 years. LOL
+ 2

QuixoticSoul · 36-40, M
[@449169,YourMomsForbiddenCrush] For retirement, folks want a warmer climate and a less developed economy - it makes your money go further. This is also why so many Americans are retiring in Mexico and Vietnam.
+ 2

YourMomsForbiddenCrush · 51-55, M
[@19729,TheRascallyOne] been in North Carolina all my life. have no plans on leaving. weather is usually good. crime is relatively low. i am two hours from the coast and three hours from the mountains and there are lakes and ponds and trails everywhere and i love the outside.
+ 1

Zavodila · M
Bad things happen in Texas too. Remember Matthew Miser forcing a child to have sex with a dog? That was in Texas.
+ 4

TheRascallyOne · 26-30, M
[@1108911,Zavodila] Yes I am not saying bad things don't happen him saying for the most part we are good people people who like law and order people who like to have good stores to go shopping at people who don't like domestic terrorism
+ 0 · Reply · 2 days ago2 d

Zavodila · M
[@19729,TheRascallyOne] Nothing in your crimes states says that.

But sure I’m all for cutting up the US. Each individual state if you like. Makes them easier to pick off.
+ 2


If north vs south, as you suggest then north would be a liberal country lead by the north east and followed by north west.

The south would be fighting California vs the rest lol.
+ 2

alkynesoftrouble · M
i am expatriating if that happens
+ 2

However, we may see further "Balkanization", as conservative people move to more remote areas and liberals move to the coasts and big cities.
+ 3

Kindheartedguy · 46-50, M
[@19729,TheRascallyOne] The strength of the United States is its united states. Russia and China would pick the south (nationalists) apart while the rest of the "one world" philosophy countries warred with them.
+ 1

Kindheartedguy · 46-50, M
[@19729,TheRascallyOne] The Northern Hemisphere Union would be warring with Russia/China (and their pets).

tindrummer · M
Wouldn't want my southern friends and family to live in the kind of country that would be.
+ 2

QuixoticSoul · 36-40, M
[@449169,YourMomsForbiddenCrush] Nature is all over the place, I doubt that this is what either of these posters is talking about lmao. 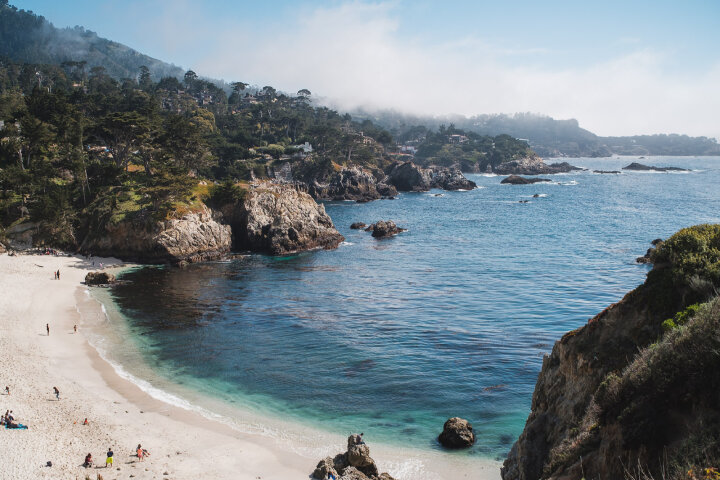 tenente · 90-99, M
Texas can cede any time the state senate wants -- well technically they could because of a gramatical error in the constitution that no one ever really noticed until 2011 lol
+ 1

wildbill83 · 36-40, M
north couldn't survive without the south, even with their conceited attitude during the civil war, they were still dependent on smuggled slave picked cotton from the south...
+ 2

spjennifer · 56-60, T
Sadly for the Southern States, the facts speak for themselves from a purely financial perspective. The States with highest Net Worth per household and highest median income are mostly in the North and it is much the same for Taxation revenues. If the North and the South were to split, the South would become much like a third world country. This taken from the Census statistics.

GERRI · 46-50, F
[@605026,spjennifer] That's a total speculative fallacy--- 55K year in West Virginia brings a higher standard of living than 85K in NY. And I doubt the color-coded map is totally accurate. If not for the northern part of Virginia being Government D.C based residence and the large DoD presence in the Tidewater area, Virginia would likely be among the poorest states in the country. I see no way West Virginia's median income
is greater to neighboring states like Ohio, Kentucky, Tennesee, or equal to North and South Carolina. The faster-growing states now are all southern, in region.
+ 0 · Reply · 2 days ago2 d

Yes, I'm quite certain that the Census Bureau is biased against the South but of course you know better than they do I'm sure. What are you basing your statistics on, speculative lunacy? One of the reasons I posted the link as the one slide doesn't tell the whole story but the rest of it from the link sure does...
+ 0 · Reply · 1 day ago1 d
Edited: 1 day ago

HannahSky · F
Doubt that, but ok. People move all over the place these days. Transplants everywhere. Could end up with someone from the north in the south or visa versa.
+ 0 · Reply · 2 days ago2 d

jackj · 56-60, M
There are strong philosophical differences that is for sure. Inasmuch as it’s a split larger based on population centers vs sparsely populated areas a division is virtually impossible.
+ 0 · Reply · 2 days ago2 d
21638 people following
Community Personal Stories, Advice, and Support