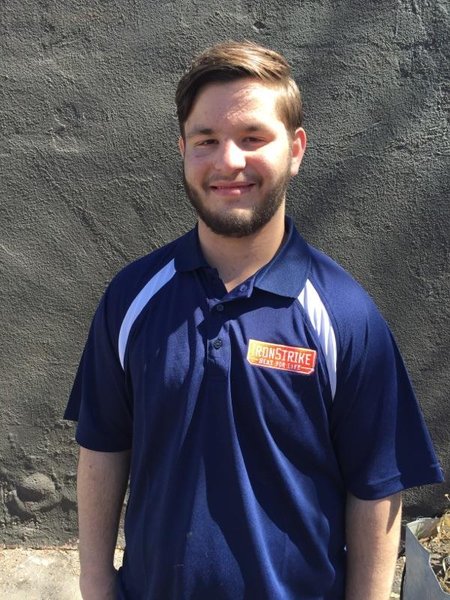 Notifications: · Newest First
Me Too
yeah i do but i dont do it for fun or because its cool non of that i started because my mom died about a year and a half ago my friend noticed i was not the same and offered me to try it i turned him down the first time then i went out with a girl i loved shes very smart,pretty,talented,ect i dated her from about mid October to thanksgiving when her mom made us brake up after that i was pretty down so my friend offered me it again and i took him up on his offer the first time i smoked was strange i didnt really get high the first time but i went back same thing with the second time but the third time did it i got high and it was a weird feeling like being in a first person video game but being high got me to stop thinking about everything that was getting me down that was eating at me i liked it i could relax for a little bit well i smoked only like once a month very seldom and then the summer came and i only smoked once near the end and i only took one hit i cashed a three foot bong although i could not clear it my friend had to and he was having a hard time but after that one hit i called it good that high kept getting more powerful at the beginning i could kinda walk but a little bit later i was starting to stumble i was only walking like 50 meters but i was so high it took forever once i got inside i layed and the high got worse soon i couldnt move my body at all i couldnt even feel my body other then this weird sensation that was all through out my body it was a weird feeling i was scared at that point it was not a fun high after that i said i was done and i was until the school year came around and i got high once again i smike almost once a day if not every other day now at lunch at home in the morning whenever i have time i smoke a lot with my friends theres two friends i consuder my brothers i go to smoke with them a lot mostly out of bongs they are leagues ahead of me theyve been smoking for a long time and just recently ive been smoking for a year smoking isnt as bad as people say it is wee is actually good for you but people think if you smoke you'll die because everything smokasble is bad but weed actually helps people and its really non addictive i say people should smoke if they want to no one should be judged at all for smoking week

Kodiak · 18-21, M
I say congratulations to you. I'm about your age it seems. I don't smoke weed or take drugs just because I don't care enough to, but that doesn't stop me from talking about it. I support you because it is just like you say, it calms you and keeps your mind off of everything that hurts. I believe that if someone wants to do drugs you should let them. It's their body and hey, this is America, you have the freedom to do what you want.
0 · Reply · Nov 20, 2016 | ·

Kodiak · 18-21, M
@Godslayer: Exactly. I mean, cocaine and meth are not good substances. At all. Period. We can help people not to do them. But again it's their choice and we can't change that. But weed, that's harmless for the most part, especially if used properly in a bong or other filtering device. Now a blunt, that could shorten your life a bit quicker than a bong.
0 · Reply · Nov 20, 2016 | ·

If you can, don’t continue the use, till your brain has fully developed.
Yes, it is not addictive, yet the life style can be. (Chill out and not care a shit)

To honour your mum and her life, then don’t do this till you have set up a life for you. Get stable in you, build up your self-worth, with hobbies and movement that you can let the angst out, even drug like alcohol will not let you adjust to life with-out her.

AnnaKarenina · 26-30, F
If you're 13-15 it actually is quite bad for you. Your brain is not fully developed until around the age of 25. The last 5 or so years are a slow growth, but still. You're damaging your brain because it hasn't been given the chance to fully grow. There are healthier ways to deal with your issues. Weed can be fun, just like alcohol, but it should be used [i]responsibly[/i]. You're using it to numb your pain and not deal with your issues. That is not a long-term solution for issues you clearly need to work on.
0 · Reply · Nov 20, 2016 | ·

AnnaKarenina · 26-30, F
@Godslayer: Break, not brake. I find meditation to work pretty well. I could really relate when you talked about how you got too high that one time. My first experience was from a weed brownie in Amsterdam :/ I couldn't move, but my rude flatmate was pushing me and my friend who ate one to move around and was obviously judging us. I've had it happen a few times, so I really wouldn't recommend edibles if you've never had one. It takes a few hours for it to hit, and when it does, you never know how strong it will be. I've felt paralysed and super anxious in public before because of it, lol. I don't like weed because it makes my heart rate increase when the high hits, but once it hits and I'm in good company it's really nice. But afterwards I feel more anxious rather than calm. I hope you feel better soon.
0 · Reply · Nov 21, 2016 | ·

greenmountaingal · 70-79, F
Sometimes feeling good is not good. I'm an old hippie and I have nothing against marijuana. But during your developmental years, it is often better to learn to deal with loss and pain unmedicated if possible. If you are having a tough time over losing your mother, it might be better to consider seeing a doctor or psychotherapist. I wish you the best.
0 · Reply · Nov 21, 2016 | ·
1-4 of 4
Write a comment...
495 people say
I Smoke Weed Personal Stories, Advice, and Support

Add a Story Updated: 1 day ago
Categories: Health
Content Rating: Non-Adult Group Members Report Group
Similar Worlds © 2020
Help/FAQ Privacy/Terms
yeah i do but i dont do it for fun or because its ... | I Smoke Weed | Similar Worlds