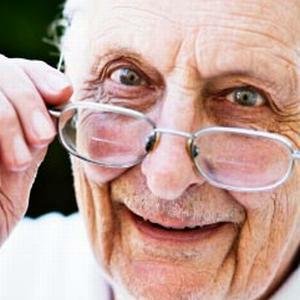 Notifications: · Newest First
Subscribe
“In the beginning God created...”
“What’s important to understand is how reversed the situation is from, say, a hundred years ago. Back then, Christians had to maintain by faith in the Bible that despite all appearances to the contrary, the universe was not eternal but was created out of nothing a finite time ago.
“Now, the situation is exactly the opposite. It is the atheist who has to maintain, by faith, despite all of the evidence to the contrary, that the universe did not have a beginning a finite time ago but is in some inexplicable way eternal after all. So the shoe is on the other foot. The Christian can stand confidently within biblical truth, knowing it’s in line with mainstream astrophysics and cosmology. It’s the atheist who feels very uncomfortable and marginalized today.
“Certainly there have been earlier ages when the culture was more sympathetic toward Christianity. But I think it’s indisputable that there has never been a time in history when the hard evidence of science was more confirmatory of belief in God than today.”

I thought nothing could come from nothing? 🤔

[quote]that the universe did not have a beginning a finite time ago but is in some inexplicable way eternal after all.[/quote]

Strawman argument; not what atheists say.

hippyjoe1955 · 61-69, M
Combine that with the incredible complexity in even the simplest life form including the information and the ability to use said information makes atheism a faith based religion and not based on science at all. I do get a hoot out of our pet atheists here on SW who show us daily how they are scientifically illiterate. Well that and outright dishonest.
3 · Reply · Mar 25, 2020 | ·
View 52 more replies »

Eye witnesses saw the Risen Christ. I have experienced His Presence. Something that can not be said of any of your logical theories. Logically life can not start itself. Abiogenesis remains an atheist wet dream. Logic is not on your side.
0 · Reply · Mar 29, 2020 | ·

redredred · 56-60, M
[@10033,hippyjoe1955] Yes, I have seen actual pictures of the red shift. Yes, I am aware of the incontrovertible proof that humans and chimps had a common ancestor. And finally, the fact that the origins of life are not as yet fully understood can never drive me to accept a silly superstition as the answer. An invisible sky friend is not a compelling answer to anything. These people you claim saw a risen prophet had no education, had no qualifications in life sciences and left not one shred of evidence, let alone proof of this resurrection.

hippyjoe1955 · 61-69, M
[@336854,redredred] Pictures can be faked. Common DNA does not mean common ancestor. It could also mean common Creator. You have no idea what a Christian means when he talks about God and your silly idea that God is some sort of invisible sky friend shows your ignorance of the matter. You have no evidence of your theory. I have millions of witnesses over thousands of years all saying the same thing.
0 · Reply · Mar 29, 2020 | ·

wildbill83 · 36-40, M
As Kent Holvind put it, Christians have one God; Atheists and/or Evolutionists have three (space, time, and matter); "believing" that given enough time and space, matter can do anything. Completely contract to scientific reasoning.

Everything except God himself has a beginning and an end, that's the one thing atheists and evolutionists can't reconcile with their beliefs
3 · Reply · Mar 25, 2020 | ·
Edited: 1 week ago

Pikachu
Craig and Kalam's cosmological argument.
It makes a few obvious mistakes and a couple of them i've pointed out to you before.

Here are a couple of the major flaws in the argument and you may follow the link to a more detailed refutation if you are interested.

An unfounded claim. The BBT makes no claim that the universe had a beginning, only that everything in the universe was once compressed to a singularity and that there is a point of expansion.

The characterization that something came from nothing is equally as unfounded because 1) on a quantum level we CAN see something apparently coming from nothing and 2) there is no empirical evidence that "nothing" is even a property which is possible, much less the default state.

Essentially, Craig has made a flawed syllogism because he has either misunderstood or misrepresented what the science actually tells us.

BlueRidingHood
[@360493,Pikachu] If you're trying to argue that the singularity giving rise to inflation always existed that would be a no. And there's little point trying to reason with these people. They're driven by a desire that accessed their survival instinct (in the reptilian part of their brains).
0 · Reply · Mar 27, 2020 | ·
Edited: 1 week ago

Speedyman · 70-79, M
You are the one deluded by some con made up from imaginary numbers! As I say when people stop believing in God they believe any nonsense put in front of them [@1034593,BlueRidingHood]
0 · Reply · Mar 28, 2020 | ·
This message was deleted by the author of the main post.

JBird · F
[quote]
It is the atheist who has to maintain, by faith, despite all of the evidence to the contrary, that the universe did not have a beginning a finite time ago but is in some inexplicable way eternal after all.
[/quote]
So we have ditch all the evidences and believe what an ancient book with scientific errors told us? Sounds logical 🤣🤣🤣

[quote]
The Christian can stand confidently within biblical truth, knowing it’s in line with mainstream astrophysics and cosmology.
[/quote]
You mean the same Christians who tried to execute Galileo? 🤣🤣🤣🤣🤣

[quote]
It’s the atheist who feels very uncomfortable and marginalized today.
[/quote]
Judging desparate attempts to bring back to Christianity, I think it's you who feel marginalized. 🤣🤣

[quote]
But I think it’s indisputable that there has never been a time in history when the hard evidence of science was more confirmatory of belief in God than today
[/quote]
You know why people don't believe in God, because your God isn't real. Your God didn't do shit when virus broke out. It was only medical science that helped us. You are just bantering for no reason.

CopperCicada · 51-55, M
The questions of the origins of the universe is really an epistemological tightrope.

What we call the “universe” is just the totality of what we claim exists, either through direct observation or inference. Since we’re talking about faith, that could be through revelation as well. We really can’t talk about what is “outside” the universe as that would be something that doesn’t exist. Something we can’t know by observation, inference, or through revelation. That “outside” can be spatial, or it can be temporal— the famous question of what is “before” the universe. We are just talking about edges, limits, to our knowledge.

I really don’t know why the beginning of the universe is of such interest. It is really just, by definition, an edge to our knowing. Scientists can postulate what happened at t <= 0, but that is just speculation. Nobody can verify that. It is the same with religious claims. All we are doing is asking the following. What was before the universe, what is outside the universe? Those are no different than what do I know about what I can’t know?
0 · Reply · Mar 26, 2020 | ·

BlueRidingHood
The universe in which we live was proven to be finite in expanse and duration. The newer idea is that there are an infinite number of such: universes residing side by side. And so the Biblical account is not vindicated. Rather, it is in deeper peril than ever before.
0 · Reply · Mar 26, 2020 | ·
Edited: 1 week ago
View 8 more replies »