Are the immigrants causing the crisis on the border with Mexico all conserv... | Politics | Similar Worlds
Politics
Follow
Asking
No Notifications
Only logged in members can reply and interact with the post.
Join Similar Worlds today »

Are the immigrants causing the crisis on the border with Mexico all conservatives? Future Republican voters?

Why else would they ignore the US role in Latin America and seek shelter in the arms of their attacker?

SteelHands · 61-69, M
You are illustrating the point well that most people on the planet are powerless and not politically informed even slightly, yet hold tightly to political superstitions that they are given by some very evil politicians and their well connected and monied masters, to hold.
+ 3

PicturesOfABetterTomorrow · 36-40, M
Bit of a mixed bag. Most people from Latin America are at least nominally Catholic which is socially conservative. But most people fleeing their homes know who is behind their homeland being fucked up.
+ 1

HoraceGreenley · 56-60, M
[@346344,PicturesOfABetterTomorrow] They are fleeing violence and poverty because they live in a failed state.

And while they are generally socially conservative, they are seeking US government financial assistance.

Their social viewpoint is not at issue. They are economic refugees, and they will go to the county that gives them the best deal.
+ 1 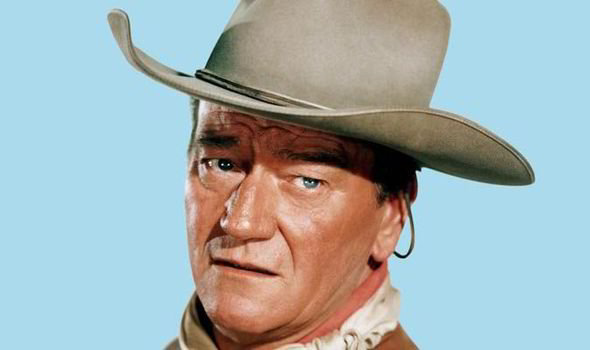 justanothername · 51-55, M
You are overlooking the fact that most of South America including Mexico is run by drug cartels. This means if you stay in Mexico you will either work for a cartel or be killed by them when you return.

Alternatively you could try your luck in the USA. 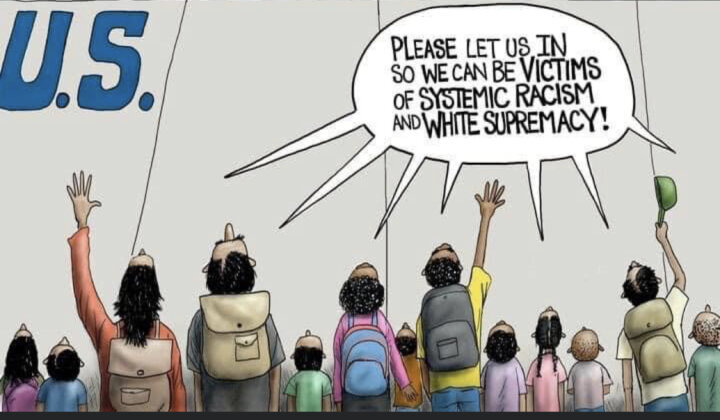 HoraceGreenley · 56-60, M
BTW...they are future Democrat voters, which is why Democrats let them in illegally.
+ 1

HoraceGreenley · 56-60, M
[@1201621,MotherHubbard] Illegal immigrants don't come to the US for political reasons. They come for a better life economically. Recent immigrants generally are in the lowest socioeconomic strata and therefore receive more government assistance than the average citizen. These people will support, and vote for, when they get the opportunity, for the politicians that provide the most government assistance.

LordShadowfireTheSarcastic · 41-45, M
They are leaving an impoverished, overpopulated, crime-infested country.