Home Groups People
Why can't science change a thing when it comes to national policies? L... | Politics | Similar Worlds
Politics
Follow
Asking
No Notifications
Only logged in members can reply and interact with the post.
Join Similar Worlds today »

Why can't science change a thing when it comes to national policies? Like immigration, energy policy, guns in society or police?

How do we ignore the issues? Do we need these prisons? Is an open borders policy safer? What about the carbon emissions and the traffic?
How does science fail to help anyone in America change course?

xuxuguinhu9 · 31-35, T
because science isnt god its just a branch of education just like sociology. no matter how much you want it to look like your holy salvation.

Graylight · 46-50, F
[@1204467,xuxuguinhu9] Right, and 'branches of education' are horrible, showing humans the truth in nature and helping them live better lives. Awful.

chris62ca · 56-60, M
Look around. Many people don't listen to science.
They listen to preachers, YouTubers, their crazy uncle, and the politicians that tells them what they want to hear.
+ 4

FaeLuna · 26-30, F
Because the people in charge choose to reject the science in favor of their own personal opinions. Because if the science doesn't say what they want it to say, then they think it's "flawed" or "not representative of reality," and carry on as if there's no problem.
+ 2

MotherHubbard · 56-60, F
Anthropologists do go away whenever the immigration question comes up.
+ 1

ViciDraco · 36-40, M
Science isn't as respected as it once was in this country. Even in it's best days it still took second place to short term economic gain. But as science began clashing with religion, our people decided to cling more towards religion. That little wedge was coopted and driven further in by politicians pushing ideologies to help them keep their own jobs and power. To the point where it has gone beyond science denial. People now deny facts and reality itself.
+ 4

Rolexeo · 22-25, M
The government and politicians don't want to fix certain issues or perceived issues because they make money propagating them and get money to stop them. Rememember when the WallStreetBets Reddit crashed wallstreet? Billionaires and millionaires lost money and these redditors became rich. The government stopped it so freaking quickly. But climate change? Oh that's just impossible to fix no matter how much money they get. Same with racism. Virtue-signalling about these issues gets you votes.
+ 1

No you're simply name calling, not offering proof of your theories. Not good dude.
+ 0 · Reply · 3 days ago3 d

Elessar · 26-30, M
Because science tells people things crude as they are, and not as they want to hear. We live in a historic period in which the great majority of the voters have lived the entirety of their lives with the maximum comforts and the least responsibility, therefore they'll ultimately understand that ship is sinking only when the water will have reached the level of their necks. So far they've only wet their feet at most.
+ 3

ninalanyon · 61-69, T
[@1201398,Rolexeo] Not everyone lives their lives believing that their government exists only to mislead and misuse them.

I have no reason to disbelieve the statistics here in Norway nor to distrust the government.

And anyway, our COVID numbers (expressed per unit population) are one or more orders of magnitude less than in the US, UK, France, etc.
+ 1 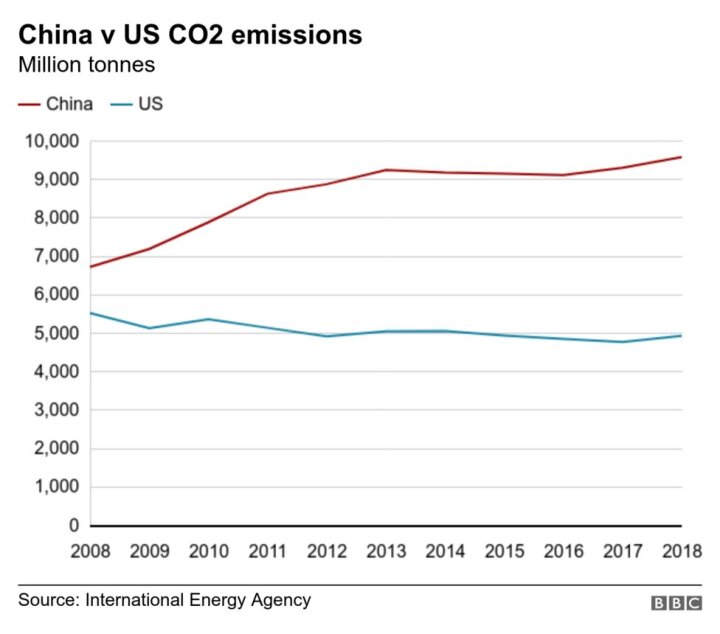 stratosranger · M
[@657984,ViciDraco] Yes yes and China jumped feet first into the Paris climate accords. Not. All of your “green” tech is made in China for a reason. Because they have ZERO emissions control and that “green” tech creates a whole lotta polllution
+ 0 · Reply · 2 days ago2 d

I tend to be pro nuclear anyways. Most green techs have low emissions, but produce other environmental impacts. One of the notable ones is rare earth mining for battery production. Nuclear makes for good fossil fuel replacement until green tech problems can be better solved. It's expensive up front, but newer reactor designs are safer and more efficient than the ones sitting around the country that are 50+ years old.
+ 0 · Reply · 2 days ago2 d

stratosranger · M
[@657984,ViciDraco] you can google the toxic processes required to manufacture solar panels and lithium batteries for electric cars. There’s tons of information out there about how that green energy is a massive lie. And China’s lack of emissions control is a very well established fact
+ 0 · Reply · 2 days ago2 d
Edited: 2 days ago

BlueSkyKing · M
How is your science literacy? "The Demon Haunted World" by Carl Sagan is an excellent choice to an assessable way to learn about critical thinking too.

Science is a method not a position. It’s unbiased, has clear limitations, and is self correcting. But it works.
+ 1

Emortal · M
Sciences says open good trade schools in Central America. Instead of sending our manufacturing jobs to China, give them to our Latin American neighbors! That's how you solve the immigration crisis within 10years.
+ 3

QuixoticSoul · 36-40, M
[@492052,Emortal] That's kind of simplifying the situation - and manufacturing jobs don't really require a trade education either. The stuff that's cheaper to make in Latin America is already being made in Latin America.
+ 0 · Reply · 4 days ago4 d

CopperCicada · 51-55, M
There is a huge difference between science and public policy.

Depending on our values, the path forward can be to ignore science. And that has become the norm in America.
+ 4

Powderflask · 26-30, M
Because in today’s atmosphere a lot of people don’t trust the sciences purity and commitment to ethics. Such as “government funded” money, political pressures, censorship
+ 0 · Reply · 3 days ago3 d

Immigration: this is not about science. It's about logic and common sense. The solution is to spend the money trying to help create a better economy in the countries whose people attempt to enter the US illegally, and have been doing so for 75+ years.

NAFTA was an attempt to create a strategic solution, but it fell short of the goal, as it was politicized from the get go, and Clinton's approach was not fully explained to American voters, and abused by corrupt politicians in Mexico.

Energy Policy: is it science? not really. It's policy and the courage to do the right thing. Science provided solutions that enable us to embark on a better future for humanity. Politicians and fear are preventing a proper implementation.

Guns: there is no science involved here.

Traffic: Science provides a lot of solutions. The pandemic already proved that a good percentage of workers do not need to show up to the office every day, and even blue collar jobs, can be re-distributed to locals. We need policies in place to start pushing this forward.

Prisons? Yes, they are needed to house the violent offenders. But, in the USA, they're simply grad schools for junior offenders, not correctional facilities.

Science is not failing, politicians are.
+ 1

I'm finding a terribly disturbing trend, and it's that some people truly cannot distinguish between a credible source and trash. Further, they fail to understand the crucial difference between an accepted fact and interpretation of limited knowledge leading to mere opinion. I actually had a user tell me that "YouTube is my friend" for political information.

Americans are the geo-political equivalent of arrogant, petulant teens. We won't believe what doesn't fit our narrative. Because in the Land of the Free, you choose you truth first and then gather all the 'facts' you need to support it. And while we're busy building the mightiest military on the planet, glimmer men abound to dazzle you with bright shiny lights and giddy illusions. It's their vocation and it pays very, very well.
+ 5