Ok, who knew this? Stacey Abrams reserved a website and named it "Jim Crow 2.0" two weeks before the Georgia voting bill passed? Before the amendments

were passed. Then Biden picked up the phrase. Does anyone in the Democrat party even remember what the Jim Crow laws WERE?

They were laws put into place by the Democrat party of the old south that led to the segregation of the black population, and the Jim Crow laws began in 1865.

"Black codes were strict local and state laws that detailed when, where and how formerly enslaved people could work, and for how much compensation. The codes appeared throughout the South as a legal way to put Black citizens into indentured servitude, to take voting rights away, to control where they lived and how they traveled and to seize children for labor purposes."
https://www.history.com/topics/early-20th-century-us/jim-crow-laws#section_3

ONE of the ways black people were disenfranchised, (deliberately), was to deny them an education in public schools. If a black person then wanted to vote, and he or she could not read or write, they were not allowed to vote.

Biden is segregating the population of Georgia, right now. Just as he did not want his own children to "live in a racial jungle", he is howling Jim Crow 2.0 from the white house, causing major corporations to flee the state.

[b]The state of Georgia will now be PUNISHED...in its entirety...by means of poverty and job loss.[/b] They should all thank President Biden for doing this to them, right? 🙄 The great unifier? 🙄

Stacey Abrams, who stirred up this pot of sh!t, is now saying to major corporations, "I didn't mean for you to LEAVE. PLEASE don't leave."

Because NOW [i]she[/i], at least, sees where stupid gets you. Biden isn't that bright, because he just can't stop saying, "Jim Crow 2.0" . There's an entire state that will probably never vote Democrat again.

TexChik · F
With their cancel culture and whataboutism , you’re not supposed to blame them for all the shit they’ve done ( that you know about) and take the blame for it . Libs suck!
+ 3

4meAndyou · F
[@113373,TexChik] Stacey Abrams certainly does, and Biden sucks 2.0. They are really, really hurting the predominantly black state of Georgia between them.
+ 3

4meAndyou · F
[@113373,TexChik] I think we will see this more and more as Biden attempts to consolidate his power.

If voting laws are changed so that mass mailings of ballots are sent out to non-citizens and citizens alike, and if the state ALSO requires a valid ID for absentee ballots and in-person voting, the state will be figuratively tied to the whipping post and whipped bloody by these students of the Ku Klux Klan member Robert Byrd, who was Biden's mentor.
+ 2

ididntknow · 51-55, M
Let’s hope things like this, can red pill American citizens, so they realise what a evil party, the democrats really are, but I won’t hold my breath, when you have main stream media, ie CNN, Washington post, indoctrinating and brainwashing people, things may carry on, the same old way 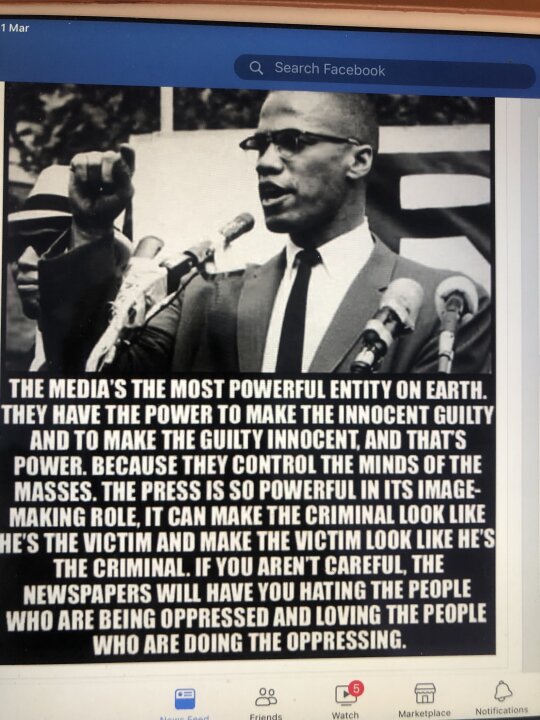 4meAndyou · F
[@1157462,ididntknow] It's very, very sad. The Democrats were the party who originally enslaved the black people, and as Candace Owens said last Sunday on Life, Liberty and Levin, they REALLY know how to do it. They are experts at it.

They offer black people LOTS of freebies, and make sure it is profitable for welfare mother's to continually have children out of wedlock so that they can collect more and more. Only a population segment that is poor, ignorant and used to receiving handouts will continue to view Democrats as their saviors.

And NOW that the black population of the United States is finally waking up, and realizing what has been done to them by the Democrats and their media dogs, they are beginning to vote Republican.

And THAT is why Biden has opened up our southern border to illegal immigrants. They need a new slave population that is not yet wise to them.
+ 3

soar2newhighs
Biden was threatened by the Black Congressional caucus, caved, picked Harris. The rest is a domino effect on how he deals with race and politics. He’s not only lost but in his lucid moments he’s a capitulator and-is a failure.
+ 3

4meAndyou · F
[@822235,soar2newhighs] Well, he was chosen as a candidate for precisely that reason. He is easily manipulated. He caves to every whisper of a breeze...dangerous breezes...for the American people.

Newt Gingrich spoke the other night, to remind us that back in the day when Biden had his own brain, he invented the term Borking and was in on the giant smear campaign against Clarence Thomas. He main talent in the Senate was smearing people...and he is continuing in the same vein with his two remain brain cells.
+ 0 · Reply · 2 days ago2 d

curiosi · 56-60, F
Doesn't matter if they never vote democratic again. The election was stolen so that they could forever remain in power.
+ 6

4meAndyou · F
[@423488,curiosi] THAT is breaking my heart...and it is another scandal of epic proportions that neither Harris nor Biden will go and view the conditions there for themselves...because THAT might be...what? Embarrassing?

And it speaks VOLUMES that the posting of the names and faces of Yemeni TERRORISTS on our national watchlist, who were JUST captured on the southern border, has quickly been removed from our national security website.

TOO embarrassing to admit that 1000 people just LIKE them have made it through, undetected, according to conservative estimates...and if you think we are angry about what Biden did with his big mouth to damage the people in Georgia, wait till those stupid chooches see how the American People feel about being blown up by terrorists because our present government is so freaking clueless.

It's so freaking embarrassing to the government in power now that they are trying to hide the only two terrorists we caught, like dogs scratching dirt with their hind legs on gigantic piles of poo.
+ 1

4meAndyou · F
[@327405,TheOneyouwerewarnedabout] What happened in Georgia is a clarion call to the entire nation. Do you know what that stupid, smug old SOB (Biden), [i]said[/i] when he was asked if he knew how upset the people of Georgia are at the MASSIVE damage he has done to innocent workers and small shop owners and hotels and restaurants there?????