Home Groups People
Hey Trumpanzees? Y'all are so SURE that somehow the elction results wi... | Politics | Similar Worlds
Politics
Follow
No Notifications
Only logged in members can reply and interact with the post.
Join Similar Worlds today »

Hey Trumpanzees? Y'all are so SURE that somehow the elction results will be overturned....

[b]...well remember how SURE you were that Trump would win by a LANDSLIDE?
[/b]

SW User
Remember that time that you demoncrats elected a guy that has dementia and touches and gropes little girls while being the "metoo" party and said if black people don't vote for him, they aint black? And that his vp bragged and laughed about how many black people she got locked up in California despite claiming you're the black people loving party? Or how you have antifa and blm on your side, who have caused billions of dollars in damages over the last few years and have killed people for committing wrong think? Good times.
+ 1

Yeah...it's hard to take Biden insults seriously when they're coming from a Trump supporter lol
+ 1

basilfawlty89 · 31-35, M
[@1145351,OutsideShitter1996] Please tell me who Antifa and BLM have killed? The only death I've ever heard of in connection with either of those has been a guy who was killed in self defense. Antifa aren't democrats - they're Anarchists. Anarchists don't support political parties - I should know, I'm a fucking Anarchist.
+ 1

smiler2012 · 56-60, M
{@pikachu] ha ha ha i agree with your comment but to this question is like striking a match by highly inflammable petrol you can imagine what sort of comments it will get from any trumpanzee that reads it 😝
+ 1

lol i imagine most Trump cultists will just steer clear of it, shying away from that sudden pit in their stomach...
+ 1 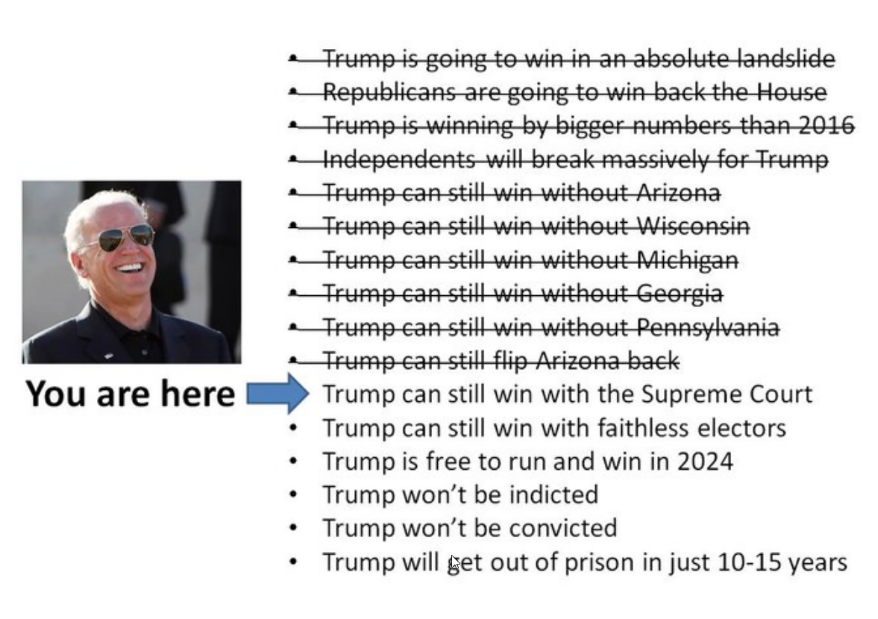