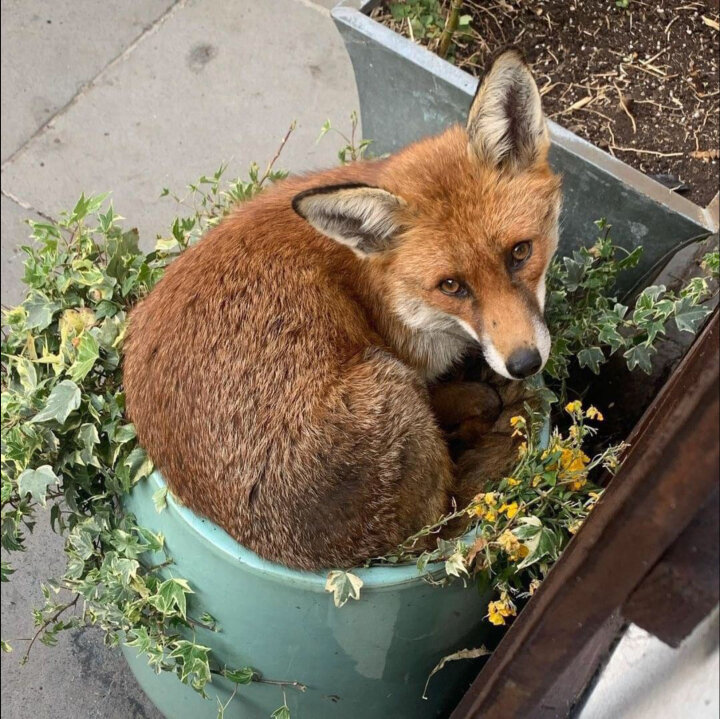 cherokeepatti · 61-69, F
[@509132,Asmae] I saw a wild fox 2 days ago. Took the boy to the orthodontist and when I was about to back out of the parking space the boy says “Look, there’s a fox!”. It was running fast across an empty lot and climbed straight up a wood fence into someone’s back yard. It was such a beautiful fox, thick fur and bushy tail.
+ 2

TheOneyouwerewarnedabout · 41-45, M
They get a bad wrap.
Protect yo chickens better .. lolz
+ 2

cherokeepatti · 61-69, F
[@327405,TheOneyouwerewarnedabout] yeah they’ll get backyard chickens if you let them run loose. I saw one in this city 2 days ago, ran across a vacant lot and shot up over a fence into a back yard.
+ 2

ScrewThisImDone · 26-30, F
Foxes are just dog hardware with cat software, and I freaking love that about them.

Some of the sounds they make are insanely creepy, though...
+ 1

4meAndyou · F
We have them in Plymouth, and when I worked at the Homeless Shelter the women there were feeding a fox that had come out from the edge of the wood.

One of them, a completely clueless piece of work, had her baby in a carrier and had set it down on the ground about 10 feet from the fox.

I had to explain to her that the fox actually COULD take a baby that size...and that feeding wild animals was a bad idea, due to the possibility of rabies.

As we encroach into their territory, and build up previously wild spaces, we see them more and more, and I saw another one just strolling down Allerton Street several years ago.
+ 1

cherokeepatti · 61-69, F
[@387713,4meAndyou] there are drainage creeks all through this city and they are grown up with trees around them so they are an ideal place for wildlife to live here even in the middle of the city. I think they travel up and down those creek areas too. Saw one red fox at the duck pond on campus, the overflow from the pond empties into a wooded drainage creek across the road.
+ 1

4meAndyou · F
[@16806,cherokeepatti] We have cemeteries here that are the equivalent of wild spaces...very large lots of land, and a couple of nice parks with water.
+ 1