Ladies how is your first day of periods?

I am extremely cranky, can be short tempered, annoyed lol but i can control the intensity for sure.

I just don't like how the mood changes before and on the first and second day. I feel normal from the third day.

I suddenly start to worry about things that weren't even on my mind and then i get tensed.

I hate these hormonal changes.

It's my first day today.

What happens to you ?

Dragonsballsack · 46-50, F
To be honest since I got everything zapped I'm barely aware of the hormonal changes
+ 1

Pinkstarburst
When I had them, I was down the entire time. Excruciating pain and too sick to worry about the moodiness.
+ 1

CrazyMusicLover
It varies. Normally I don't feel anything. There's little blood. The worst is the morning on the second day when I can have problems to get out of bed due to flow.
However this month I woke up bloody and it enraged me like never before. Then I felt tension and dull ache and that enraged me even more, to the point I lost it and self-harmed.
+ 0 · Reply · Sep 26, 2022
Translate
View 1 more replies »

CrazyMusicLover
@Tesla To suppress ache and bloating by punching because if I tense up muscles and simulate something like fight, it distracts body from those other feelings and also tensed up muscles should prevent some real damage but I was too angry and I think I took it too far.
+ 0 · Reply · Sep 27, 2022
Translate

nevergiveup · 61-69, M
My x wife had PMT and was a nightmare. She would lash out for no reason we all had to take cover each month
+ 1

Patientlywaiting · 41-45, F
Breast tenderness. It sucks massively. Between that and cramps it's a miserable time. Vitamin B6 is supposed to be good for mood changes. I started using a menstrual cup during lock down and will never go back, much cleaner, more comfortable and also helps with the cramps.
+ 0 · Reply · Sep 26, 2022
Translate

Tesla · 36-40, F
@Patientlywaiting Ya i don't like that breast tenderness either. It sucks. Thankfully i have cramps only on the first day
+ 1

littlepuppywantanewlife · 31-35, M
All I read and suggested to anyone to was drink water with slice of lemon in it. Or just squeeze half a lemon in a bottle and drink it first thing in morning.
+ 0 · Reply · Sep 23, 2022
Translate

Patientlywaiting · 41-45, F
@Lovingsomeone you could kick them hard in the balls and then stand back and explain that the pissed off mood and constant aching with intermittent pain is all in the mind?
+ 1

iamonfire696 · 36-40, F
@Tesla I have 2 kids and had my tubes tied after my last csection because babies were so hard on me.

Now I won’t ever get pregnant again and I don’t have that horrible period anymore.

If it’s really bad for you and you are not wanting children then you should talk to your doctor about it. Best thing I ever did.
+ 1

HootyTheNightOwl · 36-40
@Tesla I can walk a mile before I am bedbound for the next week or 3. I also have episodes in which I fall/collapse, too.

Ideally, I need a Dutch carer with me because I tend to want to default to Dutch during those episodes (even though Dutch is a second language for me). It's hard to be understood in a confused state, without defaulting to a language from another country.

I've been trying to get the fall/collapse episodes diagnosed by a doctor for the last seven years... but they're more interested in treating the symptoms instead of getting to the cause. So far, I have an SW diagnosis that feels right to me, but nothing official yet.
+ 0 · Sep 29, 2022
Translate 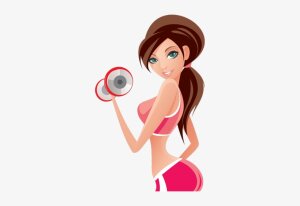