Remember that time the US Navy said UFOs were real?

Remember? It happened last year. Footage from a jet was leaked that showed a UFO and the Navy acknowledged that the footage was real and they didn't have an explanation for what it was or how it was possible for it to do the things it did? And then they had this meeting with governors and high ranking military personnel and then didn't talk about it again anymore? Remember that? How come everyone immediately stopped caring about what was at its most fantastical an alien encounter acknowledged by the government? Or less fantastical, some sort of new high tech drone that defied most of the world's understanding of aerodynamics and jet propulsion?

This is how I know the government has never known about the existence of aliens and tried to cover it up to prevent panic. Because this is proof that the government could tell the world that aliens are real and no one would give a shit. lol

MarmeeMarch · M
Remeber the time when the US Navy Seals blew the face off Osama Bin Laden ?
+ 2

Madhatter · 26-30, M
@MarmeeMarch I 'member! I looooooooved when they blew off Bin Laden's face! 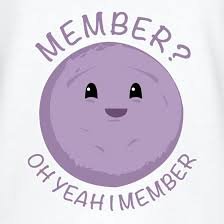 strongbow · 46-50, M
After seein how much panic was induced with a new flubug, its a no wonder the government isnt going to acknowledge any sort of UFO's.. most people couldnt handle it
+ 1

Madhatter · 26-30, M
@strongbow But they did. Last year. They publicly acknowledged that there are flying crafts in the Pacific that they captured footage of and released that is real and they have no explanation for. People didn't care.
+ 1

Selah ·
What would the avg person do with that information?
+ 1

Madhatter · 26-30, M
@Selah Reconsider their place in the universe. Question their entire belief structure about humans being different from animals or somehow special. Maybe question religion with the newfound knowledge that there are creatures on other worlds and they are more intelligent and more advanced than we are, possibly even being the reason for our existence in the first place. Maybe develop curiosity about what exactly is out there and want to explore, voting to put in political leaders who want to put more funding into space exploration. Seeking education to further that goal or volunteering for the eventual expeditions. I would think a revelation like that would affect the average person the most, altering what "average" is entirely.
+ 0 · Reply · Apr 4, 2020
Translate

Tastyfrzz · 61-69, M
Thing is, they might not be aliens from another planet. They might be a highly evolved species from this planet that lives underwater or if the are extraterrestrial maybe they have a colony ship around Saturn and visit here.
+ 0 · Reply · Aug 8, 2020
Translate