UPDATE: Tennis Australia has banned Russian and Belarusian flags at the Australian Open after the Ukraine's ambassador "strongly condemn[ed]" the display in the stands.
Fans waved a Russian flag in support of Kamilla Rakhimova, who took on Ukrainian Kateryna Baindl in the first round, with Ukrainian fans calling security and police to the stands.
"Flags from Russia and Belarus are banned onsite at the Australian Open," Tennis Australia said in a statement Tuesday morning.
"Our initial policy was that fans could bring them in but could not use them to cause disruption. Yesterday we had an incident where a flag was placed courtside.
"The ban is effective immediately.
"We will continue to work with the players and our fans to ensure the best possible environment to enjoy the tennis."
.....
Wouldn't have happened if Russian and Belarusian playerswere banned.
Wimbledon got it right.
I am not watching. 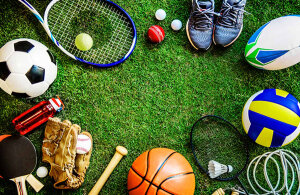