the other day my father in law who is Colombian and speaks English fluently but sometimes it's hard for him to always interpret what someone is saying to him.

I speak Spanish fluently and can understand him quite well without even having to talk to him in Spanish.

One day he was helping me carry some bags into my house because my son stays at his house a lot on the weekends, and this guy was walking by mocking him because he was speaking spanish on the phone. He doesn't like confrontation and just ignores it when people treat him like that.

Well I guess they call me fuego for a reason cause boy... i went inside and threw everything down and chased that asshole down, and said "HEY"

he looks at me while getting into his truck.

To which I eased over to the steps at the parking lot, and calmly asked him, "Do you speak another language sir?"
He looked at me inquisitively. and responded "No."
and still calm I said to him "Sir, do you realize English is one of the hardest languages to learn, and you are mocking someone who not only speaks one language but has also learned english. and you can't even speak another language."

he drove off LOL

DeluxedEdition · 22-25, F
[@6757,questionWeaver] he is a conservative republican who immigrated here LEGALLY and contributes to society just as much as anyone else. ignorant assuming small minded people
+ 1 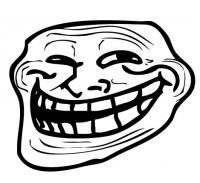