Just seen a woman on here describing another woman as a thing. Wow! No, we're not getting any better at it at all. Being civilised, I mean, of course. But lets go onwards, both in boring you to death with my dribble and sinking my reputation completely. Well, there's the bizarre and naughty, and then there's the absolute perverse and evil. I can't describe it any better. Somehow something drives me to put this all down very early in the morning. Mere dribble, yes, perhaps. Nothing wrong with my mental state nor such like though, thank you, no, but it's something I like to share now on here because I do think too many people are like mere judges at both ends of any spectrum these days. Compared to my years on EP I notice that more and more on here. Have you read that one unique masterpiece of this last turn of the century, penned down by an author called Stieg Larsson, yet? Does the name Lisbeth Salander say anything? What were your emotions at viewing the Black Latex Torture sequence in the 2018 movie The Girl in the Spider's Web? Was Claire Foy really the best choice to portray Lisbeth? Don't know, or can't remember? Well, let me help you a bit by introduicing Lisbeth first with this concise definition: she "obviously exhibited poor coping skills for life problems, and for which she has developed her own unique and brilliant methods of emotional survival", and she "is not lonely for simple social acceptance and companionship; she is lonely for a comparable intellect and validation. Lisbeth is like the last of a species, seeking, in vain, for a counterpart". Here I must admit that I've been coping throughout my adulthood also almost as poorly as her so far. At times I did lose myself in the seeking of love in the extreme. Nothing that the bizarre, that is the extreme combined with love, is immediately wrong and one needs to be ashamed of it. Not at all, because even the baroque famously in the past went off the trails somehow. The trick is to know when one does go off the rails and how to get back on them. Here I do have some curious tales to tell, but that's for another time 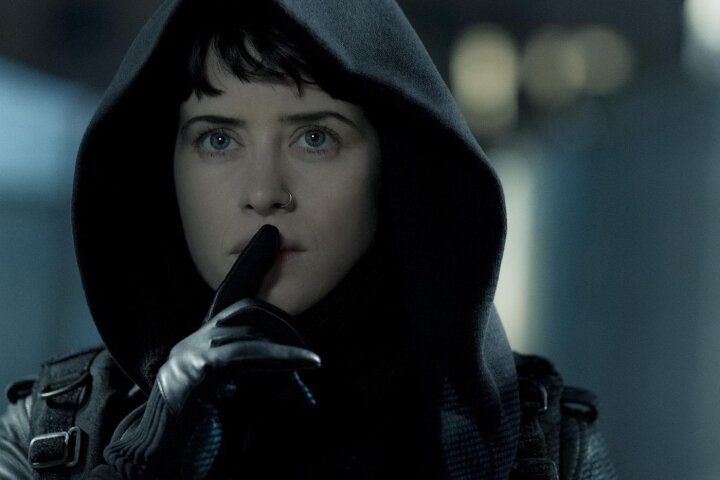 Rickichickie · 56-60, F
I read the books and later watched the Swedish films. Tough story, wasn’t easy to digest for me.
+ 1