Mid-June and an untypical heatwave. He felt wistful as he drove amidst the very green fields of the gently sloping Sperrin foothills. As a boy he'd often gazed at these through a school bus window, wishing he could be rolling down them rather than going to study Latin, trigonometry, and all the other boring pursuits of intellectuals. He parked the car. Nobody, human or animal about. Climbed a gate, went through several fields away from the road, came to a luscious meadow with grass more inviting than any golf course, and a gentle slope down to a stream. He lay down, closing his eyes. Nature was enjoying its siesta; apart from the occasional buzzing of a bee or the swishing of wings of passing birds - not a sound. He noticed a sweet fragrance : honeysuckle and wild roses growing near by, and lots of daisies. He remembered when he was about seven being shown how to make a daisy chain. Time to renew his skill . He fashioned it into a necklace. Back then he'd given it to a little girl who lived opposite. Nobody to give it to now. He lay down again, closed his eyes, and rolled down the slope until the gradient eventually stopped him.
"Are you okay?". "Just enjoying the lovely day" . She stared at him. " I thought you might have needed a stretcher but if it's a strait- jacket take care of yourself". She started walking away. He followed, picked up the daisy necklace and placed it over her head. "What do you think you're doing?" "Presenting a princess with a necklace". "The last time a boy did that we were both either six or seven". He stared at her. "Your name wouldn't be Dot ?" "Jesus! Alan!" "Right second time". "What a coincidence!" "There used to be a pub near here called The Thrawn Leprechaun." "Still is. Come on then, I'll show you the way". 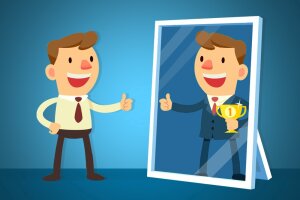