It was 1st semester and one of my college classmate started to talk to me he was so kind i dont know much about him but he's so thirsty for attention.
I also noticed he was tailing me and forcing everyone to like him and forcing friendship with me and the other big boys for his social status, i did tag along with his other friends then one day he invited me to eat with him but i refused to because i already have my own food in my dorm. Back in our school we had an activity and he was forcing me to do his assigned task but i refused to do it because he wont learn anything if he didnt try, after the class he invited me to smoke but i refused him again because i dont really smoke.

So yeah one day he just became rude to me he even called me arrogant when we went to a school trip and im not even doing anything to him i was just silent playing my phone. Then the next day back at the classroom he pointed his finger at me saying "HAH" i think he wants attention then i did what he does to me i pointed my finger at him and then said "HAH" too but he took what i did the wrong way and then he lied to me by telling me my other friend wants to fight me so my other friend point him out back and told me that he was lying so they started pointing each other, i sensed that he doesn't really have the balls to fight me so i turned back and sit on my chair confused.

After that hangover i distant myself from his group and have never been in contact with them anymore until the next semester i enrolled at the same school but they didnt put me at their section as my classmates so i just disappeared from their radar, then we saw each other one day and he high five me and talked to me craving for my attention after that the pandemic came and i didnt reach out to them anymore they dont even know my social media, I live from a different town far away from that school......
i totally cut him off my life

Lackwittyname · 51-55, M
He wanted something from you that you were not giving. Better off not being around that kind of person.
+ 1

SigmaWolf
@Lackwittyname i acted cold towards him and his friend because he's forcing everything and pleases everyone. Acting like a clown but arent even funny judging/picking on me and stuff like that
+ 0 · Reply · Jul 1, 2022
Translate 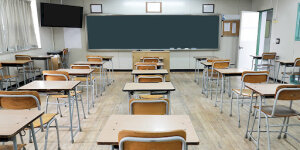