You're all efficient at answering difficult questions, aren't you?

Now, momentarily, other matters occupy me and, thus, you may not receive hearts and comments as fast as before. So.... and I want to stress this: I do not want to hear that you've been squabbling with each other or threatening to eat each other in my absence!!

This is my question, which is thrown open to the floor and may be answered either by women, men or 'hell, I don't know what I am'

Now, imagine, if you will... well, some of you won't have to, judging by your posts... imagine, if you will, that you have just argued bitterly with your chosen partner and they have stormed from your house, or cardboard dwelling, huffing and puffing like a destroyer of piglet homes. Some hours later, you hear a muffled scuffling at your door and suspect your partner has returned home as drunk as a skunk. Immediately, you rush to the kitchen and find a large frying pan, eager to clonk them on the head as they inch through the door which you have now placed yourself behind. A fumbled scratching at the door is heard and you realize that they are having difficulty inserting the key. Your senses are heightened as you recognize this as one of the first signs of drunkenness. You sniff furtively like a weasel near a rabbit hole and you detect a pungent smell of alcohol. The door opens and they almost stumble through (Stay on me camera one, important plot point here!)gripping the door frame to steady themselves. You are furious and immediately arrange your arm into the forearm slash position. As quick as a flash, you begin pummeling the head which, now cowers before you, mercilessly beating it into submission. The sound of the skull cracking brings you some relief but until you see that deep red of a humiliated apology oozing from their wounds, you refuse to stop. Their body slumps to the ground and the groaning and screaming - although, hilarious, satisfies you. You stand above your prey satisfied, your frying pan full of dents and the teflon coating slightly chipped. Now, my question is this: is there any sort of frying-pan ointment that we can buy when this happens? A soothing balm, perhaps?

EpluribusUnum · M Best Comment
[b][i]Forget that...see,what you need is a cast iron skillet that wont dent or scratch! It's a little heavier but I guarantee better results in less strikes... like this one here![/i][/b] 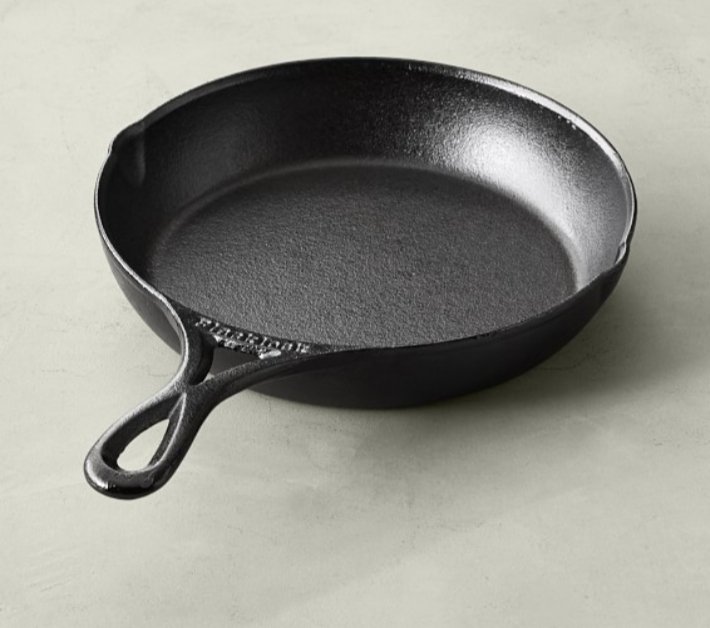