Fun & Games > Random
I Will Answer Anything You Dare To Ask
Follow
No Notifications
Only logged in members can reply and interact with the post.
Join Similar Worlds today »

I Will Answer Anything You Dare To Ask

The first one was named Ekorn, which is Norwegian for Squirrel, because she had an oddly fluffy tail for a short-haired mackerel tabby cat, and because she used to have a weird habit of picking bigger pieces of food up with her front paws and eating while standing, which paired with the fluffy tail made her look squirrel-like sometimes. She grew out of it, but the name stuck.

The second one is called Saki, named by my sister. I don't know if it's supposed to mean something or if it's just a cute name, but I like it.


I also had a Shetland pony named Gypsy Fling, but I guess she was technically my dad's pony. 🤷‍♀️ She was the offspring of our insanely popular breeding stallion, Gardie Marcus, but I think she had some attitute problems or something? Either way, she was MY pony until I got too big to ride her and lost interest in horseback riding, after which she was sold to a riding hall for other kids to ride.
+ 1

muffinman · 61-69, M
your answer was awesome, [@427579,NorthernRoses] … thanks for sharing … and thanks also for elaborating so well. saki is carrying on the family tradition … seems she is doing a fine job of it. noble regards to the other two that had shared your life.
+ 1

alkynesoftrouble
Do you have any tattoos?
+ 1

alkynesoftrouble
[@427579,NorthernRoses] ah! a nice spot . Just keep in mind the ink will move and details in smaller work will get lost over time
+ 1

SW User
Have you ever been to someone’s house where you had to take your shoes off and realised you had odd socks on?
+ 1

misterpunch
what is your favorite bridge design...?

NorthernRoses · 22-25, F
[@887863,bourbon] I really hope you mean literal bridges and not some slang I haven't picked up for something else, because I actually do have a favorite bridge design (or at least, a favorite bridge)

My favorite bridge design is whatever you can call the design of the Storseisundet bridge. It's pretty plain, but it often looks like 100 accidents just waiting to happen. 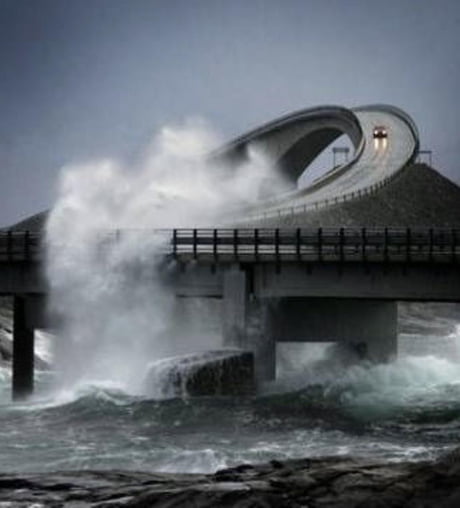 misterpunch
[@427579,NorthernRoses] oh, I meant regular bridges. I just wanted to throw the smiles in for goofy effect.
+ 1

Whiterosesociety
what's your take on the political "left"?
+ 0 · Reply · Mar 12, 2020
6440 people following
I Will Answer Anything You Dare To Ask Personal Stories, Advice, and Support