“The meaning of world is the separation of wish and fact.”

Pfuzylogic · M
Wish he would have told this to Penrose and hawking about this on their point of singularity.
+ 0 · Reply · Jun 21, 2022
Translate
View 7 more replies »

Pfuzylogic · M
@ElRengo I always enjoyed Einstein and his theories. They can across as very transparent and from a genuine desire to help makind. I never got the impression of a “science fiction writer” in his work. He was somewhat compelled to sign on to the Hubble theory of an expanding universe because the universe “had to be moving”.
+ 1

ElRengo · 61-69, M
@Pfuzylogic
You are right about him but still IMO wrong about something,
Expansion is intrinsic to the conception of the relativistic universe. A side effect you may say, but still entailed.
Scientists rarelly let their philosophic preferences to reign over the factual and Albert was one of them.

Sentences containing expressions like "had to" are more frequent in the pre scientific worldview, as the remaining of "rationalism" (the idea that a logos precedes reality).
That view "had to" be put aside to make Science be.
+ 0 · Reply · Jun 21, 2022
Translate · Edited: 2 wks ago

Pfuzylogic · M
@ElRengo The challenge becomes when “Laws” like the Hubble LeMaitre Law become questionable because no error analysis is completed before they are authored as “fact”. Can you think of a more scientific law that is even the basis of dating the universe comes into question? Scientists look to that premises like Christians look to Genesis for truth. Even Penrose has been recently questioned with the current evidence.
+ 0 · Reply · Jun 21, 2022
Translate 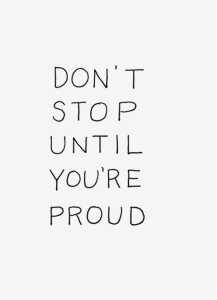