Richard Barnett is most recognized for the image of him propping his feet up on former House Speaker Nancy Pelosi's desk and leaving her a vulgar note.

“You love the Constitution?” the prosecutor opened. “Love it!” Barnett responded.

I would like to think that the prosecutor took a risky bet, asking a question he did not know the answer to, but it's no brainer, when you're questioning a MAGA.

Ynotisay · M
Perfect.
And yeah. It was gutsy. But when his lawyer called him a "Crazy guy from Arkansas" he took those odds.
[i]I regret going,” he said. “It was not what I expected or worth two years of lost life for me and my family.”[/i]
Aww. Poor Boo Boo. Maybe your cell mate will be there for you with big hugs. Better hope for a white guy.
+ 4 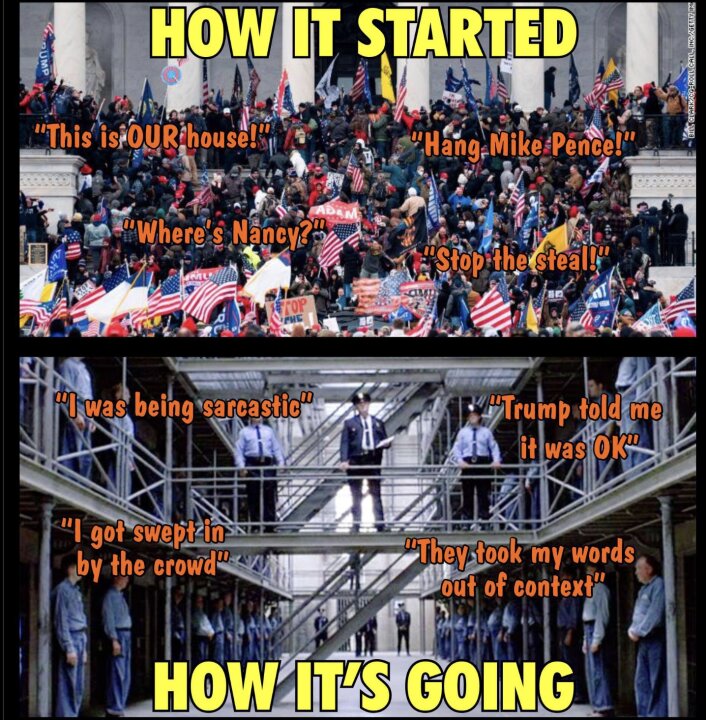 Ynotisay · M
@SevIsPamprinYouAlways There you go. And I saw a lot of stories that included the phrase, 'the tearful defendant."
+ 1

SomeMichGuy · M
@Vivaci Isn't it [u]amazing[/u] at the very dregs dredged up by holding up ignorance as a *virtue*?
+ 1

Vivaci
I think Biden is smarter than he looks…he played well so that the same people who were denying trumps mismanagement of top secret files are now out in the open to discuss. Lol…bring it on! @SomeMichGuy
+ 1