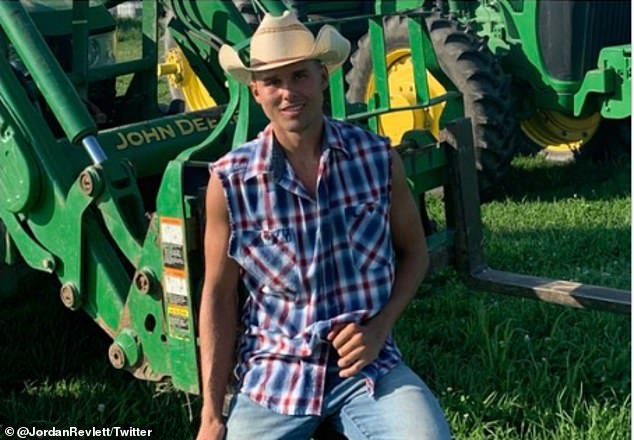 [quote]A Kentucky man arrested by the FBI on Monday and charged for his role in the pro-Trump riot on the U.S. Capitol on January 6 once won fourth place in a 'sexy farmer' contest.

Jordan T. Revlett, 23, of Island, was arrested in Owensboro on charges of unlawful entry on restricted grounds and violent entry or disorderly conduct on Capitol grounds.

He was caught by FBI agents after sharing video and pictures to his Snapchat account from the carnage and being seen on surveillance footage entering the Capitol via a west terrace door.[/quote]