The Liberal party has won

Congrats this is why the two party system is flawed Canada has multiple choices and you always vote red or blue. The fact you elected a SJW who spouts nonsense like "peoplekind" and under his watch rewrote your national Anthem to be "inclusive" to make people feel better is ridiculous. I now know why I don't vote anymore because no matter how I vote I have to suffer the consequences of Fucktarded people.

CountScrofula · 41-45, M
The anthem was originally 'in all of us' command but got changed. It's been changed back. Tradition ain't what it used to be.

There's all sorts of good reasons to hate Trudeau you're really picking the lamest ones.
+ 2

SolveEtCoagula · 31-35, F
[@624254,CountScrofula] Ah thanks for pointing that out. I was just assuming they changed it because it said men. Obviously not all citizens are men.
+ 1

CountScrofula · 41-45, M
[@394395,satanburger] Well it was changed for that reason which is a very good one. This is more about the counter-argument where "Don't mess with tradition!" when tradition is never what people think it is.
+ 2

hippyjoe1955 · 61-69, M
[@476282,revenant] I thought that Trudeau's dirty laundry would do him more harm but to be honest the CPC ran a terrible campaign with an even worse leader. A few weeks back there was rumblings of replacing Scheer with a leader that could connect with Canadians. Scheer certainly couldn't and didn't.
+ 1

hippyjoe1955 · 61-69, M
[@422868,Burnley123] No question. Hence my stating that the smaller parties don't move the needle. The fact is this election was lost by a conservative party who had the appeal of snot on a door knob. If he has a vision for Canada he completely failed to show us what it was. Today I heard him spout a bunch of bromides that were pretty much word salad. Waste of time. I am for the break up of Canada and letting its captured territories strike out on their own. Alberta and Saskatchewan want out.
+ 2 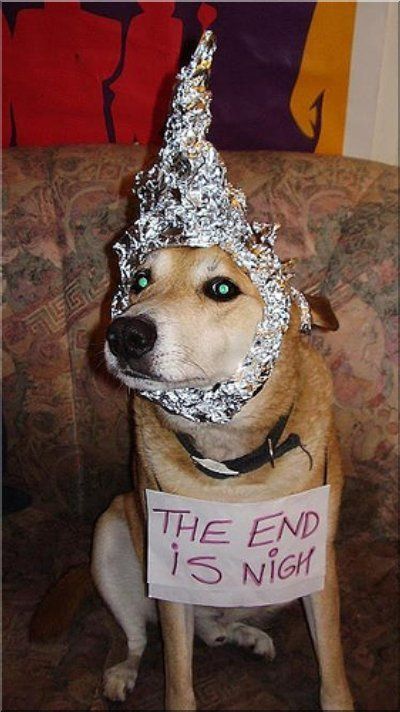 hippyjoe1955 · 61-69, M
[@580625,QuixoticSoul] Nope. Never spent a day complaining the feds. I am simply pro Alberta Independence since Canada was designed to be an empire. Alberta is simply captured territory kept in line by an occupying police force.
+ 0 · Reply · Oct 22, 2019

LeopoldBloom · M
[@10033,hippyjoe1955] Yeah, Alberta would be a real going concern. Landlocked with a population of 4 million, mostly in Calgary and Edmonton. You guys want to keep your oil revenues, but if you split off, you take your share of the national debt. Good luck.
+ 1

hippyjoe1955 · 61-69, M
And Scheer had more votes than Trudeau. However the problem lies with Scheer. Trudeau gift wrapped and paid full postage on this gift that Scheer should have won without breaking a sweat. Instead he blew it. When is he resigning as leader? Soon I hope. We need a new country and I am hoping for Alberta Independence right away.
+ 0 · Reply · Oct 21, 2019

CorkyCourtney · F
[@998562,SinlessOnslaught] he only needs 20 more seats for a majority government again and the NDP is bleeding seats to both sides.
+ 1

SolveEtCoagula · 31-35, F
Rewriting the anthem isn't ridiculous, they rewrote "in all they sons" to "in all of us" because not everyone in Canada has a penis. The language is very masculine in history because women were second rate citizens. Good on Canada.
+ 0 · Reply · Oct 22, 2019

LeopoldBloom · M
Scheer didn’t seem too bad, nothing like the degenerate white supremacists and dominionists who pass for conservative in the US.
+ 0 · Reply · Oct 21, 2019

SinlessOnslaught · M
[@988875,CorkyCourtney] HOLY SHIT. That’s absolutely fucking ridiculous. Children can’t make life decisions like that. Oh my God. I’m so glad to live in the US right now, the most untouched country by liberalism. Absurd.
+ 1