What Will Trump's Allies Do When Giuliani Gets Indicted? More Importantly, What Will Fence-Sitting Republicans Do?

[quote]President Trump’s personal attorney, Rudy Giuliani, said he was paid $500,000 for his work at a company co-founded by an associate who was arrested on campaign finance charges.

Giuliani also said he received two payments within weeks of each other but did not say when they were made.

Parnas, a Ukraine-born businessman, was one of two Giuliani associates who helped the former New York City mayor in efforts to investigate former Vice President Joe Biden. House Democrats launched an impeachment inquiry after revelations that Trump pressured his Ukrainian counterpart to investigate Biden, a leading 2020 White House candidate, and his son.

The latest development comes after The New York Times noted last week that Parnas told associates he paid Giuliani hundreds of thousands of dollars for his work.

Parnas and Fruman were arrested last Wednesday at Dulles International Airport with one-way international tickets. They arrests came hours after they had lunch with Giuliani at the Trump International Hotel in Washington, D.C.[/quote]

windinhishair · 61-69, M
What will they do? Nothing. Corruption is not only OK, it is required if you are going to work for Trump.
+ 2 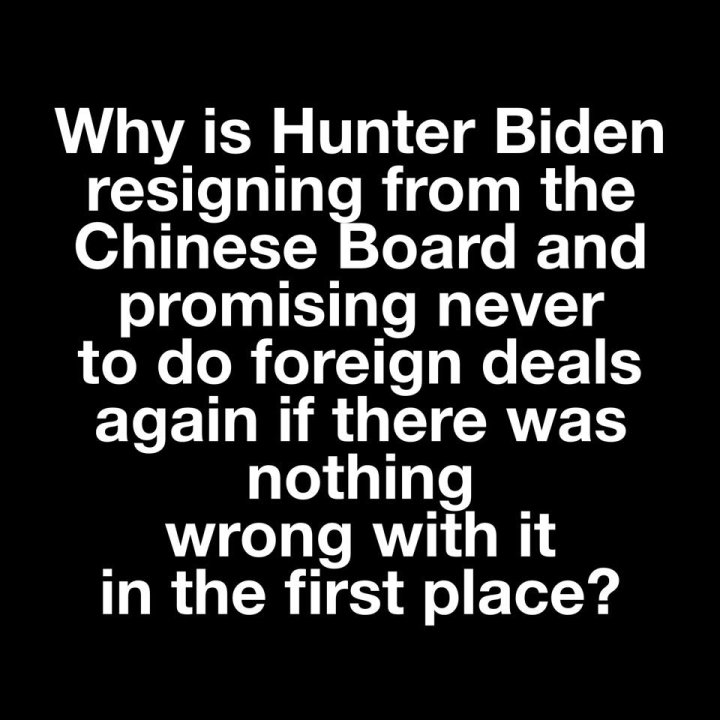 Why is Ivanka Trump resigning from her company that imports products from China even while serving as part of her father's administration as he negotiates trade deals with the communist Chinese government?

Oooops. My mistake. She isn't resigning.
+ 3

softspokenman · M
[@893459,JT123] Compared to The Trump Crime Family and their Boss Daddy, and his Mouthpiece, and all the plain clothes Lieutenants, Hunter Biden amounts to nothing more than pocket change.
"There will come a day when all the lies will collapse under their own weight, and truth will triumph" Joseph Goebbels, Nazi Minister of propaganda 1933 - 1945
+ 1