I cannot wait for the day that trump will be held accountable for his crimes and his indecency.

I will actually throw a party to celebrate and you're all invited!! 🤗

puck61
I can't wait to watch all you people when he gets re-elected! That is going to be a fecking blast!
+ 8

puck61
[@328832,OggggO] PS. The dims and leftists gave Donald Trump the presidency on a golden platter, and they are doubling down on the exact behavior that put Donald Trump in office.
That's why we call you "useful idiots" Your behavior guarantees a resurgence of conservatism and it guarantees a conservative president. No one with an ounce of sanity wants to live in the sick twisted Rainbow Brite world of the left wing lunatics.
+ 0 · Reply · Jan 2, 2019

bijouxbroussard · F
Agreed. This is the man who wants to be able to sue SNL for making fun of him. If the libel laws were “tightened up” like Trump claims to want, how many people would be able to sue [b]his[/b] arse for all of his ugly, lying [b]tweets[/b] ? 😒
+ 8

Please, listen when I say Trump has done everything he can to fix the fat cat government boys club that has developed over the years. Mine and my children's lives are on the up swing because of the policy changes he has made removing the heavy burden of supporting a corrupt government.

Please, also listen when I say, holding fast to tried and true conservative ways is the best way to grow.

History is important because it teaches us not to repeat our mistakes. We should also not believe what we hear but judge the fruit of someones behavior. The Clintons started the downfall of his country, the Bushes rode the wave, and Obama just about killed the good and precious thing that the U.S. was. As a matter of fact, I firmly believe that was his goal.

Trump is fighting in the face of more adversity than any president before him, to put right what was made so wrong by lying, greedy, politicians.

Have your party but if you do...you didnt learn from wisdom and you do so while wallowing in your own close minded ignorance.
+ 4

Jwalker
[@331316,Fernie] The fact that Trump is totally compromised by Putin, just pulled troops from Syria after a call from Erdogan and has been laundering Russian money for decades means nothing if she has a few more bucks in her pocket.
+ 0 · Reply · Jan 2, 2019

SW User
Pathetic that a US President would speak that way and be praised for it.
+ 8

Jwalker
The man acts like a child, he can't take any criticism at all while at the same time is cutthroat about his criticism of others. His tweets are like a bitchy 13 year old girl. He doesn't think about anyone but himself and to some degree his family. Becoming President was just another way for him to profit. Things are going to get really bad because he's not going to just leave and face all the charges against him. He is going to use the Justice Dept and the Supreme Court to try to get himself out of the shit he and his family are wading in.
+ 6

UreBesFrend · M
How do you know when Trump is not lying?

Underconstruction · F
What a revolting evil clown 🤡 is the current US president.

It's really pathetic to see this the man some Americans chose to channel their hate, ignorance and racism.
+ 3 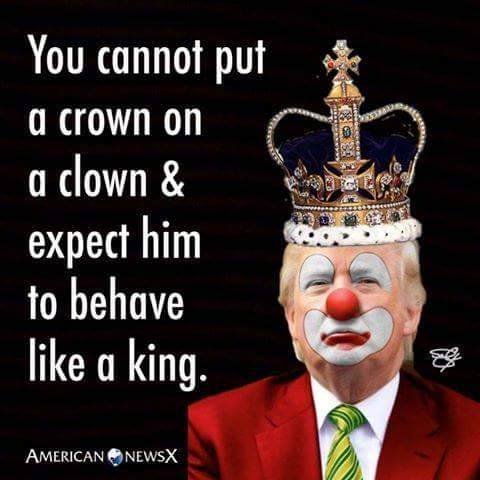 RodionRomanovitch · 56-60, M
Even by his standards , this was a particularly ugly attack. I expect we will be seeing lots more of the same in the coming months as the noose tightens.
+ 3

therighttothink50 · 56-60, M
Do you know anything about FISA abuse and watergate times a million, maybe if you did you would realize you are totally ignorant of the real situation going on here. Wake up from your stupor, jees.

MistyCee
What can I bring?
+ 2

jackson55 · M
So far Trumps only crime has been getting elected.
+ 1

jackson55 · M
[@339454,windinhishair] Maybe one day someone will have the balls to check out the Clinton foundation.
+ 1

If the Clinton Foundation committed illegal acts, there should be charges there too.
+ 2

autumn25 · 26-30, F
Considering the fact that White House is understaffed, Trump should keep his mouth shut.
+ 1 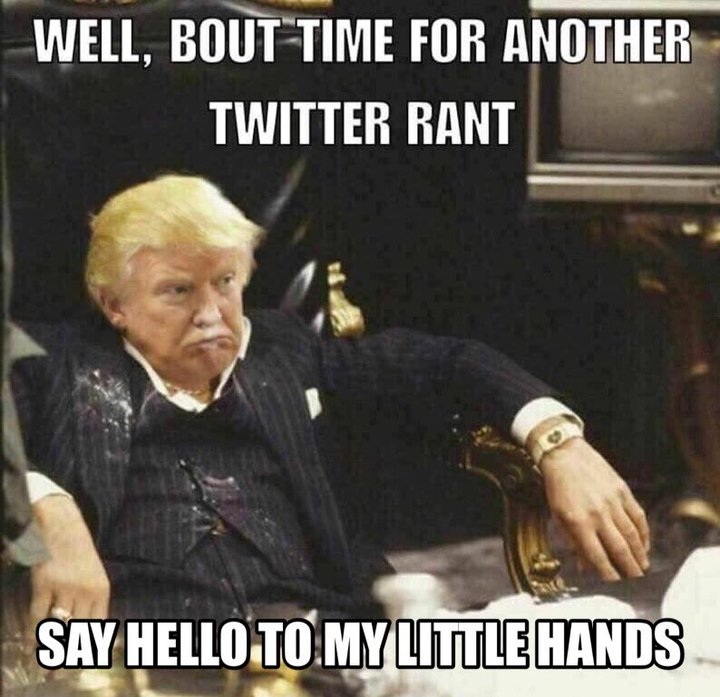