[quote]To be honest, it's not a wall... The President still says 'wall' -- ofetntimes frankly je'll say 'barrier' or 'fencing', now he's tended toward steel slats But we left a solid concrete wall early on in the administration"[/quote]

Kellyanne Conway, on her standard weekly lying tour, is now arguing it's "border security", not wall.

Trump keeps talking about his big beautiful wall, and continues to sequester himself.

Democrats: huh? What is it exactly are we supposed to be dealing on?

Jwalker
It's shocking to me that the TrumpTrolls are pushing the idea that it's just the Democrats who didn't understand it was always a fence. What the Democrats don't understand is how these people can spew this theory when Trump has been recorded hundreds of times saying Reinforced or Hardened Concrete Wall and then depending on how he felt that day, 20 to 100 feet high and 2000 miles long. What am I missing? Did the Trumpfans understand all this time that Concrete actually means Steel Slat or is it possible every time Trump flips they just mimic what he says without ever even thinking about why he flipped or what the consequences of him flipping will be. The wall is an issue that triggers Conservatives, exactly like Abortion, it doesn't matter if the wall gets built as long as Trump can keep the issue in the media. This is a 2020 campaign strategy for Trump, it doesn't have anything to do with the number of people crossing the border. Trump is very smart about using the media to his advantage and he found an issue that triggers the Cons and has used the issue to push his own personal agenda. Instead of talking about the POTUS colluding with an adversarial country to become President we are talking about Steel Slats. The wall is more about deflection than it is about immigration. The wall is more about Trump being a businessman and who gets the contracts to build the wall than it is about immigration.
+ 3

Northwest · M
[@619287,Jwalker] Yes, people with brains understand this. People without, simply parrott what Trump says. He has to keep the illusion of a Big concrete wall alive, because this is what he told them during the campaign, and they loved it.

It does not solve a problem, but when they get together with their beer buddies, in neighborhood bars, where they play "if I was President, I would do (pick your favorite)", they can't help but feel that one of them is actually President now, so they need to support him.

Steel slats, fencing, electronic countermeasures? well that feels exactly just like the long term plan, started under Bush and continued under Obama. If that was the case, then Congress agreed on a funding plan, to continue covering it.

Trump refused to sign off on it, and he's holding the country hostage to one of his Trumptrums.
+ 1

Jwalker
The most recent offer was another 1.3 billion for construction of a fence where needed in populated areas, technology, more border control officers but the word Wall was not in the bill. He's so desperate for a win. Every time a bill for more money for border control came up under Obama the Republicans voted it down. This fight is between the Freedom Caucus in the House and Republican Senators.
+ 2 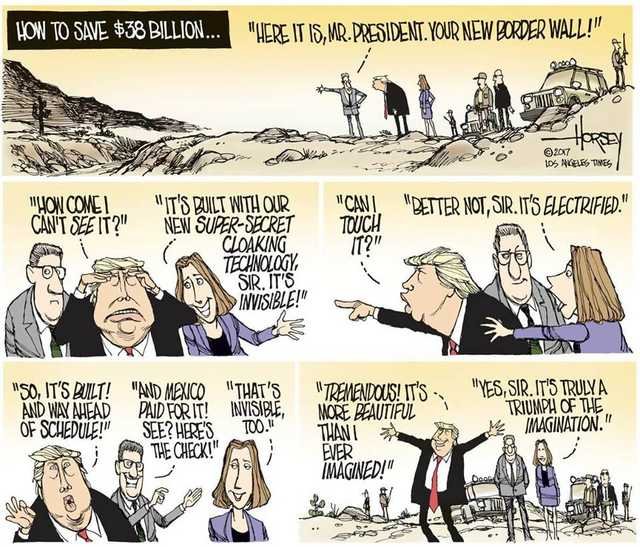 Northwest · M
[@380163,Quizzical] Hmm. Yes, it would be. Here's the Israeli model Trump has been bragging about: 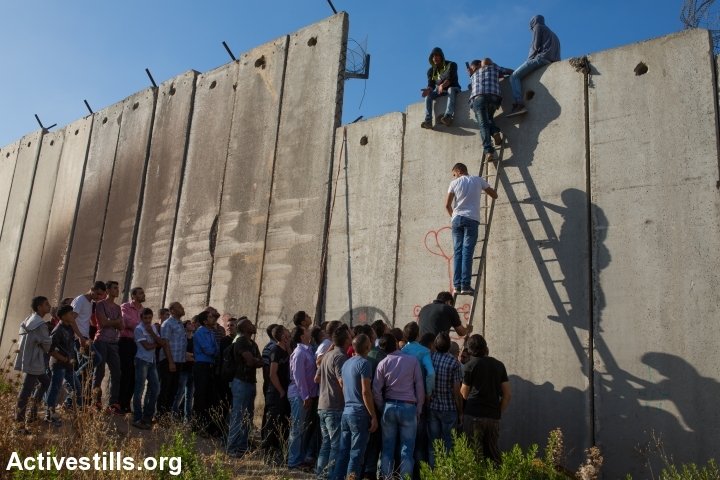