On this day in 1939, the Einstein-Szilard letter was sent to President Roosevelt. The letter was penned by Leo Szilard, and signed by Albert Einstein.

Szilard realized very early on, in 1933, that neutron diffusion could be used to create a nuclear chain reaction. It is hard to appreciate his genius as Otto Hahn and Lise Meitner and not yet discovered fission. That would be in 1939. Szilard would work with Enrico Fermi at Columbia University to build the first miniature nuclear reactor. They had problems, but they were close. The key was learning how to slow down and capture neutrons coming from fissioning U-235.

It was Szilard who realized that the Third Reich were entirely capable of engaging in the same experiments, and if they succeeded, could have nuclear bombs to use against the Allies. When Eugene Wigner and Leo Szilard discussed the possibility of nuclear bombs with Einstein, his response was: [i]Daran habe ich gar nicht gedacht[/i]. I did not even think about that.

One of the results of this letter was concerted efforts obstructing the Third Reich's access to uranium, particularly through what was then the Belgian Congo. Einstein knew the royal family of Belgium and was able to petition for their support. But the other was the formation of the Manhattan Project. A project Albert Einstein was not able to work on because he failed the requisite security clearance. Why? Because he was a pacifist.

In six years, the technical problems of purifying uranium and controlled neutron diffusion were solved. On 9 August 1945 the first nuclear bomb would be dropped on Hiroshima. Einstein would spend the rest of his life regretting this letter. In a Newsweek interview he said, "had I known that the Germans would not succeed in developing an atomic bomb, I would have done nothing." 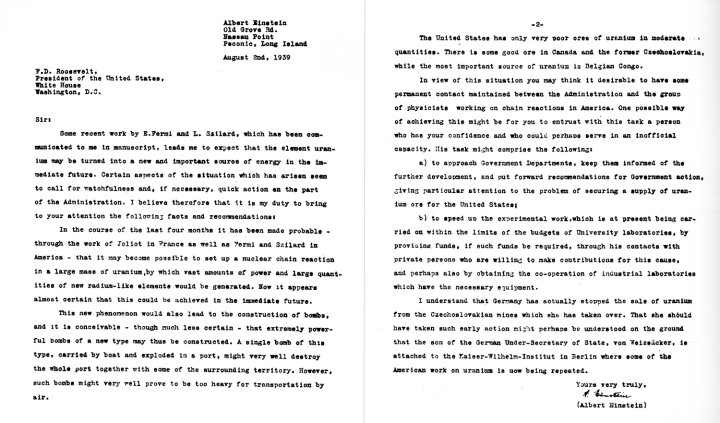 ServantOfTheGoddess · 61-69, M
Few people ever have to face such momentous decisions. And yet as with so many decisions, who can really evaluate the outcome? This letter perhaps led directly to the horrifying deaths of tens of thousands of people in Hiroshima and Nagasaki. But perhaps it also led to the Nazi regime [b]not[/b] developing the bomb, winning the war, extending the holocaust even further... who knows what horrors were perhaps averted.

And it is fascinating that Einstein, working out the theories and equations, had never thought of the evil that could be done with his discoveries 😢
+ 2

CopperCicada · M
@ServantOfTheGoddess For me it reflects Einstein's innate pacifism. And perhaps his focus on the science, truth. Einstein was roped into this by Szilard really because of his fame and reputation. A letter by Einstein would be read by a POTUS.

One of the remarkable things looking back is really how little was understood and how far they got so quickly. Not the environment for deep moral and philosophical reflection. I don't think it was until seeing it that people understood. As Oppenheimer said at the first New Mexico test, a line from the Bhagavad Gita: "I have become Death, destroyer of worlds."
+ 1

Northwest · M
Germany was doomed to fail. Nazis valued ideology over science, leading them to purge what they termed "Jewish Physics", from German textbooks and research. This left them with mostly sub-par scientists as the remaining leading minds did not want to "innovate" for the Nazis. Or I should say the bulk of the latter.

It was only a matter of time, before someone put it together. The Szilard letter was significant, but it only sped things up.

If there was no bomb in Aug of 1945, the war would have added 2M-3M deaths, as part of the invasion of Japan, and Japan would not have emerged from the war as it did. Little solace t the victims of Hiroshima and Nagazaki, but it is what it is. I certainly would not want to be making that decision.
+ 1 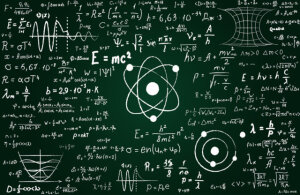