The gun insanity is accelerating.

the mushroom farm shooting may have been because someone kept eating the brown paper bag lunch he brought.
+ 0 · Reply · 4 days ago4 d
Translate
View 4 more replies »

badminton · 61-69, MVIP
@SusanInFlorida The gun-nuts always leave out the very first part of the 2nd Amendment: "A well-regulated militia."
+ 2

SusanInFlorida · 26-30, F
@badminton that phrase has caused more debate than any other part of the second amendment. apparently it wasn't even in the first draft, and was added later. That said, apparently the founding fathers ALL had flintlocks or blunderbuss shotguns, and weren't enlisted in any actual militias. My guess is that they'd have inserted something about duck hunting, deer hunting, etc if it had come up during the discussion.

remember the several 'pistol duels' between early 19th century feuding politicians? these guys weren't in any militia either, and i don't think any arrests were made or charges filed.

in any case, we need an amendment to modify the existing second amendment. its facetious to expect 30 years of overturned local laws and executive orders are magically going to be corrected by the next local ordinance.
+ 1

badminton · 61-69, MVIP
@SusanInFlorida As I understand it the "well-regulated militia" clause was intended to mean the states could keep their own militias when they joined the federal union. This has evolved into the National Guard system of the present.
+ 2

Anielka · 51-55, F
That's totally stupid don't be ignorant gun control laws don't work but of course people like you like to believe they do.
+ 0 · Reply · 3 days ago3 d
Translate
View 4 more replies »

Wow, you've just argued that laws shouldn't exist!! Maybe when you say "that's totally stupid" you should be looking in the mirror!!!
+ 0 · Reply · 3 days ago3 d
Translate

badminton · 61-69, MVIP
@LordShadowfire I think it will take huge, angry demonstrations in the streets, civil disobedience actions , and boycotts to force a change in the gun laws.
+ 0 · Reply · 4 days ago4 d
Translate · Edited: 4 days ago 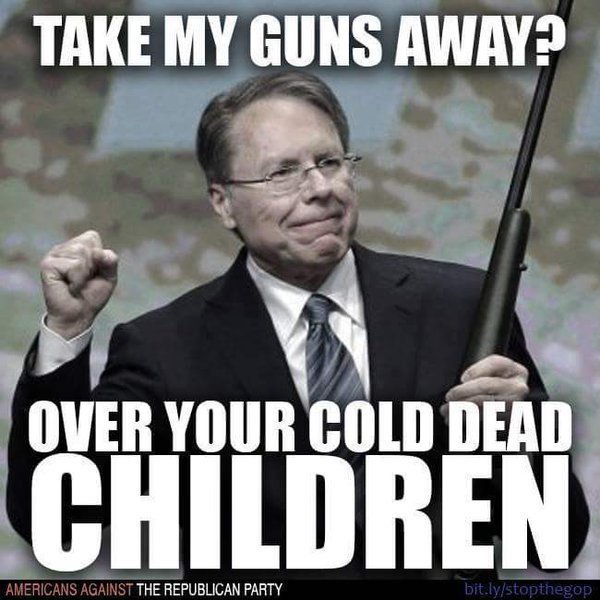