Why America Has Fallen

Children are suffering today and their innocence taken away, by the actions and behavior of some so-called "adults". This world is so corrupt and still on a downward spiral, because of demoralization. Anything goes, no matter how wrong it is.

I abhor the way adults speak around children these days, foolishly thinking they're not listening to what is being said, or else parents just plain don't care what they put in their children's head or what they see. I'm so sick of "adults" constantly cursing, fighting, and using the "f" word every 2 minutes in front of their kids! How stupid could they be! It literary changes who they are! You rob them of their childhood. They weren't meant to handle adult situations. Then you wonder why your children don't turn out well. God will hold abusers responsible. Children lay in bed at night, eyes wide open, thinking about what they experienced that day. Don't think they don't. It echoes in their little, innocent minds until they fall asleep.

There's no stability in the way some adults raise their children. This is what children need most of all... stability, discipline, and a soft, loving, caring place to fall. When you play negative, destructive rap music, which is crap music, around children, and their little minds hear these filthy words and terrible lifestyles, that affects their [i]whole life[/i]. It's not cute and it's not cool! Children weren't [b]meant[/b] to hear these things. It brings depression on children and anxiety, the way these negative rap songs talk about such violence, thoughtless killing, raping, and calling mothers and girlfriends wh**es or b**ches, using people, wanting to destroy property and people, or gun someone down. Pure trash!! They have no respect for life or anyone! And these children have to listen to that crap. This society is so sick and immoral, this is why it's coming to an end.

People can disbelieve and laugh all they want, but the fact is, vulgarity and immorality which children are exposed to today, as well as others in this world, are definitely bringing, and has brought, this world down to its end. [i]People[/i] brought this on; not God. Immorality of any Nation or people in the Bible, has always brought judgment upon themselves. God has had enough of us, and we can't blame Him. This world is so immoral and corrupt anymore, it's disgusting, and ignorant people sit back and laugh about it, not realizing, they have brought on their own demise.

America used to be "One nation Under God", but we have left God behind in the dust and then blame everything on Him, instead of taking responsibility for our own ignorance and actions of immorality. God does not bless America, nor any nation that is immoral. We don't deserve the title of "One Nation Under God", anymore. We have turned away from God and disgraced ourselves, calling good as "bad", and bad, as "good". The majority want nothing to do with God and they have proved that, by taking God's name out of schools and prayers, government documents, and tearing down and destroying anything and everything they can get their hands on, in order to get away from, and rebel against God and morality.

Especially government. Such a nation cannot stand. It will not repent, but has proved itself to only get worse, so worse shall surely follow. We reap what we sow. But some are too blind to see that. They will someday see, that God will not be mocked. They have laughed at God, mocked him, and cursed him, so they can expect no less than judgment, and rightly so.

Abraham Lincoln agreed with scripture and even included it in his speech, when announcing that Thanksgiving was to be observed the last Thursday in November, when he said, "Blessed is the nation whose God is the Lord.” (Psalm 33:10-12). If we truly want the blessings of the Lord on our country, then we must come humbly before Him, seek His face in prayer and repentance, and ask if He might by His grace and mercy, bring healing to our troubled nation (2 Chronicles 7:14). 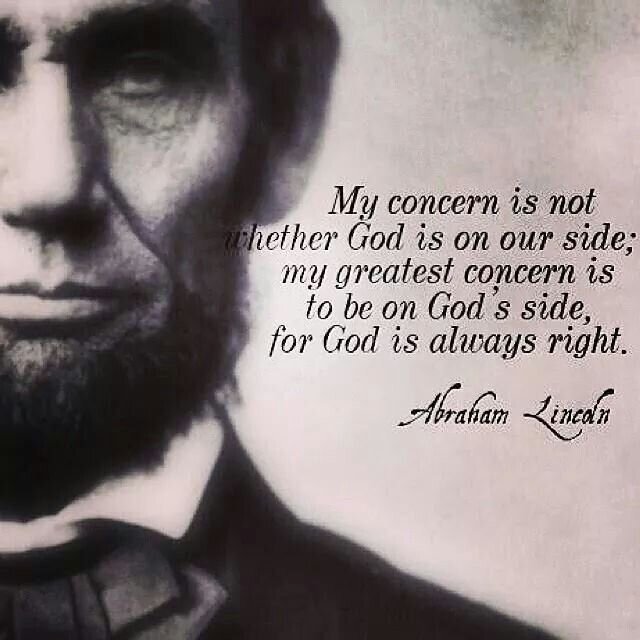 You know, I teach Drivers Ed to high school students, (ages 16-17, four students in the car at one time,) and I find it troubling and sometimes embarrassing what comes out of their mouths. When I was growing up, certain words were not used, certain subjects were not brought up as they remained private. It's not that way anymore. Now, no matter what, it's out in the open.

I had one student this past semester, a young girl. She was kind of a brazen, loud mouthed gal. In one class, her anxiety was way up because she had to make a speech in front of the entire school board, about 150 people. She was so high strung and nervous about it that she just kept rambling on and on about everything. During one of her ramblings, loud enough for everyone to take notice, she practically yells, "and on top of everything, I got my period." Some of the students laughed, some of them just stayed quiet and ignored her. Because I do not yell at my students, I simply said that we did not need to know that information, and it was more than we needed to know about her. At one time, things like that were kept in private. Discussed with a parent or counselor or doctor on a one on one. It's just not a topic the whole world needs to know about.

I had another student a few years back that would get in the car and bring everyone up to date on her sexual exploits and her drug use. There is just no shame anymore. And a lot of times, the gals are even worse than the guys.

Yes, I do blame the parents. It's obvious that these kids were not taught about morals or about decency or what things to keep private or what is in poor taste or vulgar.

When Jesus says that it will be the same as it was in the days of Noah before His coming, He is referring to the fact that the world will be just as wicked and evil as it was during the time of Noah. (Matthew 24:37)

Compare the society of Noah's day with our own today with it's violence, hatred, greed, selfishness and lack of respect, a do what you want society in so many ways as we experience ourselves on a daily basis.A society that is becoming more secular and atheistic year by year,turning it's back on God and mocking those who are Christians as backwards and gullible believers in ancient fairy stories.

I am certain that we are in those times now and as bad as it is, it will only get worse. The plus side of this is that the Second Coming of Christ is right around the corner, so we best be ready.
+ 4

LadyGrace ·
@IM5688 I would definitely have to say something to your students if I was their teacher about their mouths and attitudes. Especially with the stuff that comes out of their mouths that's so filthy. You shouldn't have to put up with that, being you are the teacher. I would let them know that if they're going to take my class then they're going to have to show respect in all ways, and make that clear.
+ 1

SilkenMist · 46-50, F
@IM5688 In every generation, the youth is rotten. We just grow up and mature then when the next generations act the same way we did, it just seems worse.
Of course everyone says, "Oh no, we worked for what we wanted, we respected our elders, etc."
Yeah right. I hear people my age, Gen X, say that and I think, "I was there, I know we were horrible just like the kids of all generations."

As far as the new generations not keeping private things private, I think that is because people finally figured out that no matter how much you try to hide something, you will be "outed" anyways so might as well put it out there.

People used to blab about other's personal business just for a little bit of gossip. Well now that people are "out and proud" about their business, people do not like it.
+ 0 · Reply · Translate · Jan 19, 2023

soar2newhighs ·
Lady grace,
read this closely. It is a blueprint from close to a hundred years or more ago that is being followed, implemented and forced on the American people. Read it closely!! 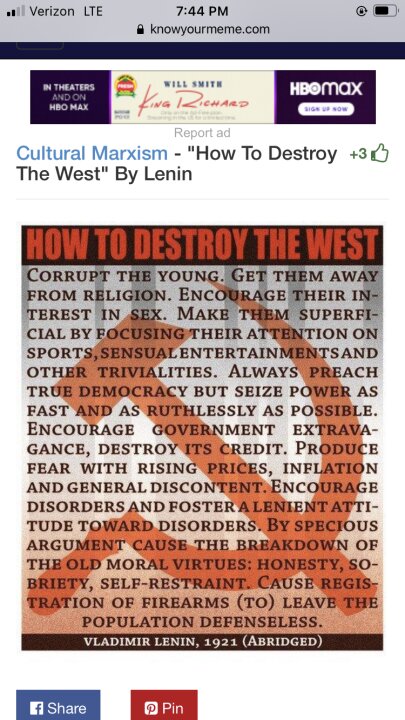 Yes, AND what they are really saying is, America is lazy, so demoralized in every way, and the standards have dropped so dramatically, it has destroyed its own self. You can just walk in and take it over, without even one shot fired. They realize we are now a very weak nation, because of it. Especially with having a President whose wife has to follow him around and babysit him everywhere he goes, because he can't even make an intelligible sentence and calls himself his own wife. He can't even find the front door to his home. This is pitiful. This is what we have to deal with and we are seen around the world now as weak fools, and vulnerable. I'm ashamed of him. This is definitely not the leadership we need for this country and I wish people could see that.
+ 0 · Reply · Translate · Jan 18, 2023 · Edited: 2 wks ago

Johnconnor · 31-35, M
Superb post. Superb intellect meaning. This is the most important aspect for a Nation to grow. Nation is a nation because of God. It is our responsibility to let these children understand the Importance of God, discipline accordingly. Cause if we don't, there won't be a nation to say "A nation". With growing ingress of People following Atheism, not believing in God, believing in some other idolatry God, these things have ruined all the typical nations in the past and will ruin The Greatest Nation too, if this aspect is left unheard.
+ 3

LadyGrace ·
@Johnconnor I couldn't agree more, but as for this nation, I believe it's past the point for bouncing back to morality.
+ 0 · Reply · Translate · Jan 19, 2023

BizSuitStacy · M
Here are the 45 goals to communism in the US. This was presented to Congress 60 years ago. Notice how many objectives have been achieved. It's a slow erosion and explains a lot.

LadyGrace ·
@GodSpeed63 That is so true, such a profound and wise statement. So would I.
+ 1

LetsGoBrandon · 31-35, M
There are ways to disprove anyone is God even they have super Natural powers does not interest me. God already show me the truth in the future. there will be lots of mind fooling and eyes of flesh to see is to believe is false Peace. I already know.

I thank God we are close to the end of confusion of life.
+ 1 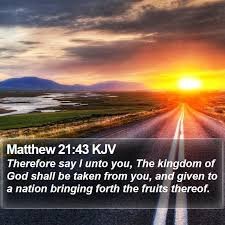