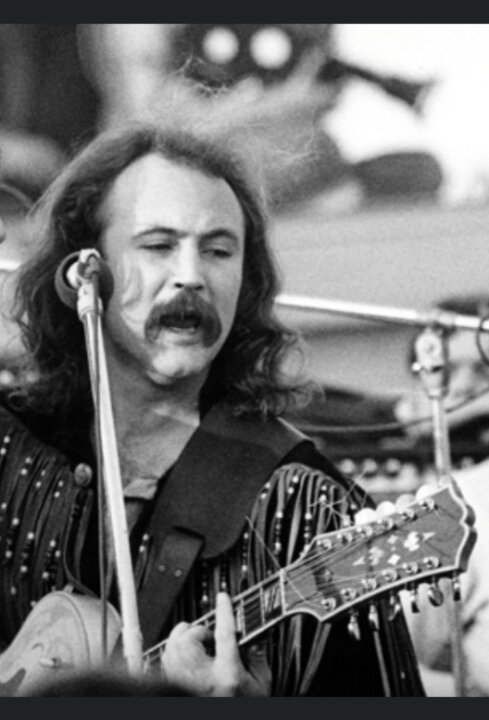 [media=https://youtu.be/3Q3j-i7GLr0][media=https://youtu.be/4Lk2KHajp4Y] I am absolutely devastated.....
Talented LEGENDARY Musician and Activist. Thank you for giving the world some great music. For truly giving us your voice in times of adversity and all throughout your life. I grew up listening to your music. You were the very essence of my bond with my father. I followed your outstanding career... and there has never been a day where I didnt listen to your music. My absolute favorite band. You kept it real and didnt sugarcoat your character. I respected you so much for that as well as your being an extreme advocate for so very many causes...I was lucky to have been able to see you perform at the famous woodstock site in 2014 a dream made possible by my ex husband. I am forever grateful to him for that experience. Last year I was lucky enough to Chat with Mr. Crosby briefly and personally thank him for "making the music mean something"...as my father would say to me about him. I will continue to honor your legend by giving others a listen. Hope you cross paths with my Dad up there...he's your biggest fan! ✌️

caesar7 · 61-69, M
All of our musical heroes are getting older and some of them will pass away. In 20 days of this year, there have been quite a few already! For me. the passing of Jeff Beck , Robbie Bachman, and now, David Crosby has had the biggest impact as they all influenced me musically. When I first heard, "Almost Cut My Hair" I got hooked on CSNY instantly. Although, I didn't expect David to pass away as it was not foretold! I knew he has health issues but nothing terminal! So like most, I am somewhat shocked that he was taken from us at this moment. He was my favorite with CSNY as his songs were more matched with what I liked the most out of the band. May he RIP! Now...who is next!!!! 😳😞
+ 3

LaLumieri · 46-50, F
@caesar7 My dad had the déjà vu record. And made me and my sister listen to Woodstock over and over again on the TV whenever it was on.. The official Woodstock song Of course made us go crazy And suite judy blue eyes. In later years I would come to find out that was their very 1st big performans. And it was like their 2nd gig. All the classics are on that album But" almost cut my hair' is my absolute favorite song I had won a free cast on a New York radio station called free fm in 2006. It used to be k-rock That used to be the platform for Howard Stern who also adored David Crosby. 'Almost cut my hair 'was essential to my playlist And they asked me to cut the song And I told them that I wouldn't have my list played If they didn't include it and of course they did. I fought to have that played on the radio on a very popular heavy metal station And made sure the whole world heard it They don't make music like this anymore I'm glad To know I'm in good company with people who recognize good music . Music brings people of all kinds Together in harmony As David said in the 1st line of wooden ships" if you smile at me I will understand, 'cause that is something everybody everywhere does in the same language '..... best first opening line of a song ive ever heard. ...keep listening, and "carry on" my friend .✌️
+ 0 · Reply · Jan 20, 2023
Translate · Edited: 1 week ago

the guy had a good run, got a liver transplant to last longer than he normally would have.

LaLumieri · 46-50, F
@Pretzel He had a great run and lived a long life despite Some of the issues he had . I hold a great respect for a man that can come back from an addiction And change his life and help change the Lives of others in so many ways. My dad went through something similar And followed suit Helping others come back to life Although my dad succumbed to liver cancer On January 17th 2013 My father was very inspired by David Crosby And when he struggled with addiction Recovered himself And helped many others to do the same. I saw many miracles ....including having 30 more years with my dad . He said the music and the man were a huge part of his drive, recovery, and mission. I owe Mr.Crosby ........a lot.
+ 1

Carla · 61-69, F
My heart is broken. But i have to remind myself that he was 81 years old. He beat the odds, and lived his life on his own terms.
I too was lucky enough to see him live. It was sometime in the eighties, in Charlotte, NC.
My youth was filled with his music, as is now. For that, i am forever grateful.
+ 2

LaLumieri · 46-50, F
@Carla Well said Carla I'm glad you got to see him What a gem in the music world. From adolescence to adulthood He was the soundtrack to my life and there was never A-day that went by that I didn't listen To him. Glad to know I'm in good company.
+ 0 · Reply · Jan 20, 2023
Translate

LaLumieri · 46-50, F
@Ambroseguy80 Thank you I'm so passionate about This artist his entire repertoire is the soundtrack to my life Really really great music
+ 1

Ambroseguy80 · 51-55, M
@LaLumieri it shows. Your writing made me feel your passion. I enjoy a lot of CSNY, although I don’t always know who I am listening to or enjoying on their tracks 😄
+ 1

LaLumieri · 46-50, F
@Wol62 I feel so sad we are losing so many great people Jeff Beck also at the top of the list But it was But it was Amazing to have had a few moments with him. I Had one some type of fan contest on his Instagram page Lol I guess I blew up his page because yes I had the most activity on it And I was pleasantly surprised when I received a message from him and offered To chat With him via zoom link during the pandemic it was one of the things he Did for his fans during that time he was extremely humble and kind
+ 0 · Reply · Jan 20, 2023
Translate

LaLumieri · 46-50, F
@DrWatson I'm still in shock over it But I really am truly hope somewhere along the way When someone hears a remake Of one of his Classics It will inspire them to learn where it came from and about the artist and all his great works.and learn that the lyrics in every song He's sang we're important To the world.what a great contribution to the world itself and the world of music.
+ 1

LaLumieri · 46-50, F
@Ferise1 It may seem that way to you , But he was part of many well known bands in the sixties and actually sang the iconic Woodstock song . Amongst many other very very famous songs. He also was an advocate for peace And every other cause you can think of And believed strongly in brotherhood. All of his music Is very very meaningful in the lyrics All of his concerts Were the platform of some type of important cause to humankind and animals alike And the Earth. As well as for our soldiers who fought in every war especially vietnam. I could understand where the sound may seem the same and I do agree with you it does have a sound like the seventies, because it was the 60s and 70s. But he didn't follow everyone else he set the standard and beyond. he is jazz , he is blues, he is funk, he is soft rock, he is folk he is psychedelic There's just so many Styles and hes worked with so many great artists A very Respected musician. While his music wasn't the dynamics of Jimi Hendrix or Janice Joplin He certainly was at the top of the Billboard with both of them . And continued to make music even into his eighties and was so passionate about making music and getting his message out there, that even when he could not play guitar anymore because of his tendonitis....he was still writing songs to teach someone to play for him. His music even in later years were still rated well and still brought his individualism and raw talent to the stage. It may not be to your taste or liking and I totally respect that but this is a long time legend who Wrote music that mattered And I guarantee Somewhere along the way in your life you've heard many of his iconic classics in all diffrent forums. As I say in my profile "to each his own " BUT LETS BE CLEAR ---- THE EAGLES... ( also a great band) CAME AFTER THIS MAN SET THE EXAMPLE.
+ 1 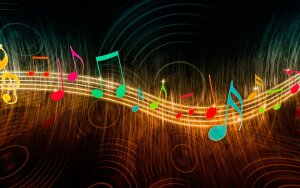