Art & Books > Writing & Literature
I Express Myself Through Writing
Follow
No Notifications
Only logged in members can reply and interact with the post.
Join Similar Worlds today »

I Express Myself Through Writing 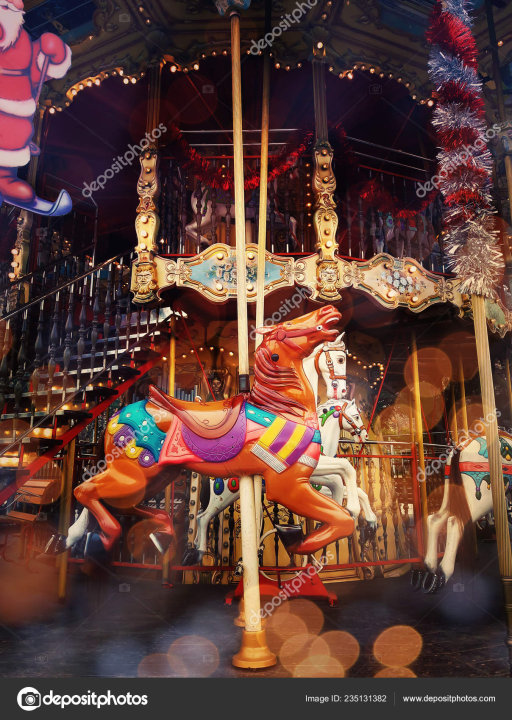 The envy of the young she would garner, as the children raced to claim her first

She relished their attention and polished, smiling faces

Their laughter was soul- nurturing and was all the filly needed

Round and round on the carousel was her life

Never moving from her fixed point, and yet ever in motion

As the years past, she longed to see beyond the tents, lights, and other rides into the places amongst the dark forests

Eventually, her paint started wear and fade on her rounded edges

The carousel was disassembled and crated


Eventually she was removed from the crate as vendors from other fairs looked upon her, however she remained in the warehouse for many decades


One day a distant light moved closer towards her in the dark, vastness of the building

She was carried out into the cool air and blue skies, as the dust and cobwebs were wiped away

A man loaded the mare onto a truck

He set to work stripping off her old finish and repainting her.

The mare was restored to her former glory

The older man replied, "When I was a child many years ago, I always loved the carousel. This particular horse was always my favorite! I have so many fond memories of seeing my mother smiling at me as I went 'round and 'round. The last night she was alive before the accident, I had been on this very one, so you can see why it will always remain special to me."

The mare had mattered to a small boy...never to be forgotten...

Translate (BETA)
Share Link
This page is a permanent link to the reply below and its nested replies. See all post replies »