Can you put much faith in making a complaint? A GARDA WAS sanctioned afte... | Life | Similar Worlds
This post may contain Mildly Adult content.
Struggles & Identity
Life
Follow
Mildly Adult
No Notifications
Only logged in members can reply and interact with the post.
Join Similar Worlds today »

Can you put much faith in making a complaint? 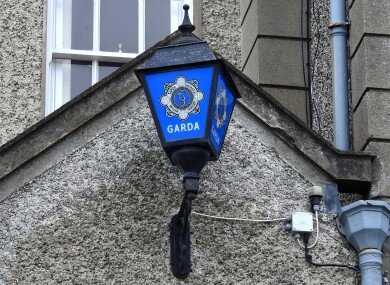 A GARDA WAS sanctioned after they failed to investigate a complaint over the sexual assault of a minor in a timely fashion, according to a report from the Ombudsman.

In the Garda Siochana Ombudsman Commission (GSOC) annual report for 2019, it noted some 1,756 complaints were opened last year – with 2,885 allegations contained in those complaints.

Some 96 sanctions were issued to gardaí last year following disciplinary investigations, with 32 instances where members of the force had their pay temporarily reduced.

The report said a garda member was found to be in breach of discipline regulations for neglect of duty and disobedience of orders after they failed to investigate a complaint of sexual assault of a minor in a timely fashion.

The investigation began after a member of the public complained to GSOC about the length of time it took for gardaí to investigate allegations he had made.

He also complained he had not been kept informed of the investigation into his complaint, nor had he been updated as to the direction of the Director of Public Prosecutions (DPP).

The complainant alleged that a relative, who was a child, was being groomed by a man.

The complainant claimed that the garda he spoke to said he would send a file to the DPP.

However, when the complainant contacted the DPP, he was told a file had not been sent.

The garda had interviewed the child who said the relationship was consensual, and did not want garda involvement.

Disciplinary proceedings were taken by An Garda Síochána and the Garda member was sanctioned.

The report also noted GSOC’s concern about the fact that the force continues to conduct criminal investigations of its own members, without the knowledge or participation of GSOC.

“The issue has been raised by the Ombudsman Commission in discussions with Garda Commissioner Drew Harris and in the context of discussions on forthcoming legislation which will replace the Garda Siochana Act, 2005,” reads the report.

“The Ombudsman Commission believes the new legislation should make explicit provision for independent oversight of all complaints against Garda members regardless of the origin of the complaint.”