The key pieces of evidence from the Rust shooting that led to prosecutor's decision: From Alec Baldwin's PR push denying responsibility to a damning FBI report that said he DID pull the trigger

Santa Fe prosecutors announced today their long-awaited decision on Rust
It comes after 15 months of painstaking delays, investigations and lawsuits
One key question was who brought the live round to the movie set?
Another was whether Baldwin pulled the trigger - he says he didn't, the FBI insists he did
Baldwin made several statements about the case and gave a dramatic interview

Actor Alec Baldwin was charged with involuntary manslaughter, as was armorer Hannah Gutierrez-Reed.

Assistant Director Dave Halls pleaded guilty to one count of negligent use of a deadly weapon.

[i]I am not exaggerating here - users on SW had this all figured out on the day of the incident![/i]

graphite · 61-69, M
Baldwin's a Democrat darling. He'll get off with some sort of suspended sentence and a fine. If Republican, he'd have been tossed in the slammer 18 months ago, or whenever the shooting happened.
+ 5

soar2newhighs
@graphite I agree with you.
+ 1

SumKindaMunster · 51-55, M
@eli1601 Same. He shot and killed someone, and all he did was hide, avoid, and misrepresent what happened. I get some of that is due to his lawyers. However, he showed little remorse and made a large point of pointing the finger at anyone he could to diffuse responsibility for his actions.
+ 3

BizSuitStacy · M
I recall being in the middle of the debates. We argued about the rules of firearm safety, and who was to be held accountable for this recklessness.
+ 1 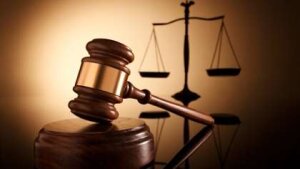