can anyone recommend a good language course, to learn to speak German

can anyone recommend a good language course, to learn to speak German.

helenS · 36-40, F
@Hugmeplease Like most languages, German has [u]grammatical[/u] gender. It is unrelated to natural gender. German for "girl" is "das Maedchen" (neutral).
French has [b]le[/b] beurre (male), le soleil, la lune, le garage, la voiture, le couteau, la fourchette. Usually the gender in French comes from the corresponding Latin word; but Latin had three genders, and the neutral gender became male in French (and other Romance languages).
English lost its grammatical gender many centuries ago, in the Middle English period. The Middle English of the 13th century was in transition to the loss of a gender system.
German is just a little bit old-fashioned 😏
+ 3

Dan193 · 26-30, M
Also a good way to learn is by picking abook and writing down sentences in a copybook and translating them.
+ 1

DffrntDrmmr · M
I studied German for 3 and-a-half years back in high school. I think I remember the alphabet and numbers, greetings and some of the dirty-word-of-the-day's one teacher put up on the chalkboard.

I didn't put any effort in learning it beyond what I heard in class and never have had the opportunity to use it.
+ 0 · Reply · Aug 1, 2022
Translate

Hugmeplease · 51-55, M
Went with Duolingo - its easy so far as you can click on the word if not sure 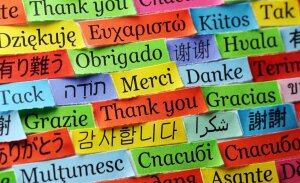