Texas nurse Rachael Rowland (@rachaelrowland0) posted on TikTok to recount the exchange with a stranger at her gym.

"I got a compliment the other day from a girl at the gym," Rowland remembered.

"She was looking at me, then she came up to me and said: 'Your legs look so smooth! They look flawless,'" Rowland said.

The stranger said Rowland's legs had perfect skin and a beautiful tan.

REEL YOU IN People accuse me of being a ‘gym catfish’ – my body is natural, lighting helps

NO BRA-MA I’m a yogi who hates bras - ‘Karens’ say it’s inappropriate in front of husbands
"And then, I showed her," Rowland teased. Tugging at her leg, she pulled away a section of fabric. "I'm wearing pantyhose!"

The skin-colored spandex covered her legs underneath her tight-fitting shorts.

"I got the idea from the Hooters girls on TikTok," Rowland revealed.

She bought a pack of four from Walmart for $7.97. Rowland buys the shade suntan for a natural-looking glow.

MOST READ IN FASHION

HOT PICKS Shoppers go wild for Primark’s new summer arrivals - and viral favourite is back
"It smoothes out your skin and gives you a nice tan," Rowland said. "I love them."

There's only one potential hitch in the Hooters hack, Rowland warned.

"You just have to be okay if they were to rip, or if they ride up a little bit," she said.

When she pushed up the shorts, the darker-colored portion of the pantyhose showed.

The exposure poses a real risk when doing squats or using the elliptical, she noted.

"You have to be okay with people knowing you're wearing them - or wear longer shorts," Rowland warned. 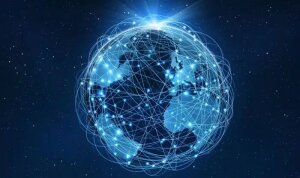