what do you do when your apartment is cluttered mess

[c=1F5E00][i]i only live in a tiny little one bedroom apartment/flat, and it is cluttered with my belongings, and rubbish too, black refuse bags full of clothes strewn about because i have no storage space...i feel overwhelmed to know where to start tidying....i am waiting for some carers to be assigned to me to help me with get out places and to help me tidying my home too...but i think i will be waiting a while...


meanwhile where do i start? should i just do a bit of tidying and throwing out rubbish every other day? i feel overwhelmed to be honest as i have ocd and have hoarded lots of stuff in here.[/i][/c]

twiigss · M
There was an organizational thing I started doing after I quit smoking, and learned something as well, could help you in some small way.

So not long after I quit smoking, I needed something to do. Because going out to the front porch for 10 minutes wasn't an option. So I was looking around my room one day and thought, "I really need to organize and redo my set up." I had this huge ass 6 drawer dresser with this huge mirror. All I really was using it for, was to hold stuff. Stuff that I haven't even used in 20+ years.

So I slowly started working on each drawer. I would look at an object, bring back memories of when I used it, and then thought "Okay, now will I use this for the next 5 years? What benefit will I get from holding onto this object?" And if I had no answer, I threw the object away. This is the first thing that I did.

The second thing I learned was, here in the US is a TV show called Hoarders. It basically follows the lives of people who are hoarders, they are assigned counselors to help them with the clean up process. So on one particular episode this guy had all these newspapers all over his house. His family wanted to be able to share family memories again in that house, and were trying to get him to get rid of the newspapers. The counselor that was assigned to him had a handheld scanner. She scanned a newspaper article in, digitally saved it, and then said to him "So now, we can get rid of this"

So what I learned is that, if there is something that I REALLY REALLY REALLY love and adore and want to hold on to, but I don't have the space, but I just want to hold onto the object because of having it for so many years, I will take a bunch of pictures of the object, and then get rid of it. And let's say I remember that object, I can just pull up the pictures to look at. To me doing this is the same as having the object, if it's just sitting here collecting dust.

I had this black and white 12" tube TV. So I recorded a 3 minute video of me turning it on, leaving it run, and turning it off. My old LCD TV I got from Circuit City (out of business) I took a bunch of photos, I've taken photos of a dial up modem I used to have, pics of a video card on a computer, a CRT monitor, just things that are taking up soooo much space that I took photos and then got rid of the actual object. In my mind, I still have those things.

Brandyj · 41-45, F
Yea..do a lil at a time . Dedicate a certain amount of time daily and how much of what. And reach that goal. At leaSt u are starting somewhere right? You will see results, but mainly you will feel good about your improvement and you can keep going! You got this!
+ 0 · Reply · Jan 25, 2023
Translate
11,881 people following
Home & Office Personal Stories, Advice, and Support 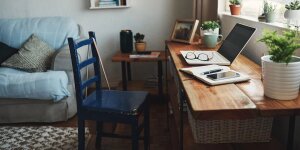