Dear customer, Your Amazon account "where" placed on hold and all pending orders 😅

Like they needed a terrible grammatical mistake like this so I know they are trying to scam me. So pathetic 😈
I don't even have "pending" orders right now lol 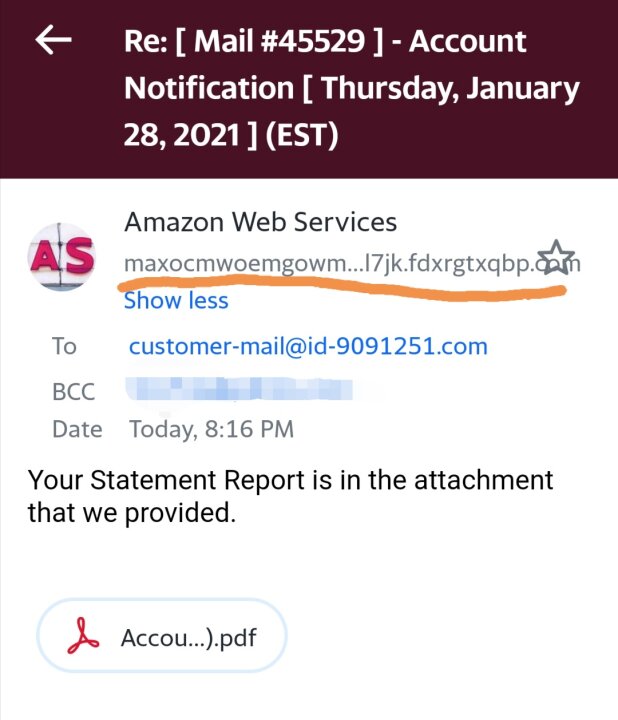 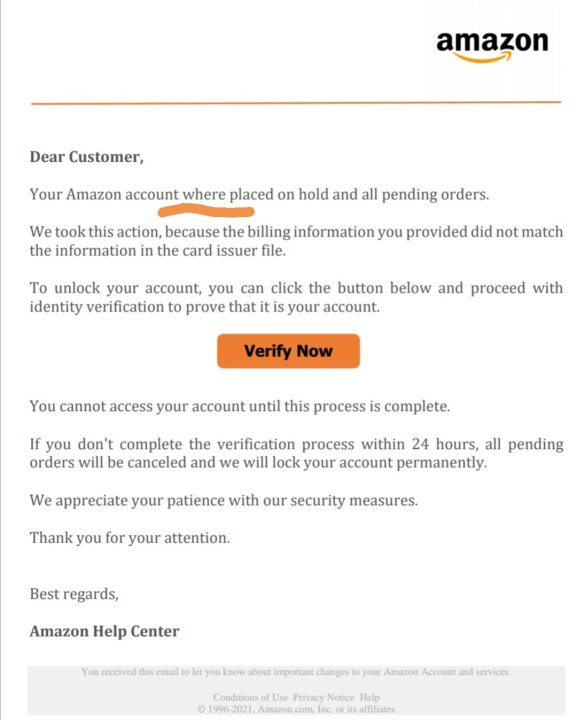 It's great that you're so good at catching them out.
+ 1

cherokeepatti · 61-69, F
these scammers are saying our Amazon accounts have had “unusual activity” on them, got a call yesterday from an Indian scammer. Told him I didn’t use Amazon and he kept talking about it so I asked him if he was trying to pull a new scam since all of the other ones weren’t working on me. He hung up. Then 30 minutes later I get a credit card re-financing call, I don’t have credit cards and hung up. Then an hour later get a call for a free vacation trip at a resort. Hung up. They try every damn trick they can think of.
+ 2

cherokeepatti · 61-69, F
[@10788,PiecingMeBackTogether] I got another resort vacation call today, they aren’t giving up. I went weeks without getting a call and now daily. I think they are back from vacation or something.
+ 1

sassypants · 31-35, F
This is the same message I received. I called Amazon and they said it was a scam. Never click in the links.
+ 2

seeandhear · M
I get a charge out of these hilariously lame attempts. I should post one of the more outrageous numbers.
+ 2