The COVID-19 outbreak is believed to have originated in a Chinese "wet market" that sold sea animals, live birds, and exotic animals for human consumption.

Much like swine flu, bird flu and SARS (which was also caused by a coronavirus linked to a Chinese wet market), COVID-19 spread from animals to humans, starting with those who worked in or frequented the market. Scientists suspect that they contracted the virus by eating or touching an animal who was infected.

It's easy for people in the UK, Ireland and the US to point the finger at China and other countries – including Mexico, where hundreds of sick pigs died on a massive farm in 2009 just before swine flu spread to humans. But there are disease-ridden animal factories around the globe, including in UK, Ireland and US.

Our demand for meat means that huge numbers of animals, such as chickens and pigs are crammed together on crowded, faeces-ridden farms, transported in filthy lorries, and slaughtered on killing floors soaked with blood, urine and other bodily fluids.

Pathogens flourish in such conditions.

And to make matters worse, animals on factory farms are routinely fed vast amounts of antibiotics in order to keep them alive in filthy, disease-ridden conditions that would otherwise kill them.

Because of this rampant use of antibiotics, certain bacteria have become resistant to even the most powerful ones, contributing to the emergence of "superbugs" – new, aggressive pathogens which are resistant to antibiotics, which could include another more deadly coronavirus variant.

The CDC has stated that antibiotic resistance is one of the world's most pressing public health problems, and other experts predict that at our current rate, more people will die of diseases caused by antibiotic-resistant bacteria than of cancer by 2050,

This is a problem we cannot afford to ignore. And another reason why animal markets should be banned immediately, and why we should all try to reduce our meat consumption, if we can. Stay healthy! :)

Miram · 31-35, F
Though I agree to a number of points made separately, they are not logically related.

Those markets are nothing like the meat industry. The consumption is not regulated and it is not about sheep, cows and chicken.

It is true that crowded facilities are hazard but that includes how humans massively gather to form cities, feasting on resources.

Antibiotics are for bacterial infections not viral. So the concern is for bacteria. Covid-19 is a virus, same for other examples. Covid is not a super-bug.

We are only using them in treatment because of the complication which is the immune system getting so compromised that it becomes vulnerable to bacterial infections which otherwise would be defeated, and/or out of desperation to try about anything until we figure out the best line of action.
+ 0 · Reply · Apr 6, 2020
Translate

Let us know your findings on the wetness of water, and see if you can figure out if the Pope is Catholic while you are at it.
+ 1

SumKindaMunster · 51-55, M
@2cool4school Fantastic!!! I hate to bother you some more, but you've been SO helpful.

How about bears shitting in the woods? They do that?
And the color of the sky? I've heard rumors it might be blue, but I trust your expert analysis, as you haven't led me astray yet!
+ 1

2cool4school · 41-45, F
@SumKindaMunster I live in the woods and yes I’ve seen. No toilet paper 🧻 too. More for us they must’ve heard there’s a shortage.
Sky does appear to be a very dark blue almost black but it’s dark out. Could be related.
Thanks 🙏 I try my hardest and I’d never lead you to an ashtray 😉🤓
+ 1

PicturesOfABetterTomorrow · 36-40, M
This a case of xenophobic " blame the barbarian foreigners "

Swine and bird flu and mad cow are just as likely from a factory farm...but we will just ignore that I guess.
+ 1

Pavona · 26-30, M
@PicturesOfABetterTomorrow No it's not. I mentioned that there are factory farms all over the world with filthy conditions where disease is just as likely. Check what I wrote.
+ 0 · Reply · Apr 6, 2020
Translate

PicturesOfABetterTomorrow · 36-40, M
@Pavona My bad. I hate how everything is truncated now so you don't see the full post.
+ 1

Darci · 31-35
The animal is just the host. Where that horrid pathogen comes from is an entirely different scenario I'm afraid 😑
+ 1

MethDozer · M
Much more to it than just people eating meat.
+ 1 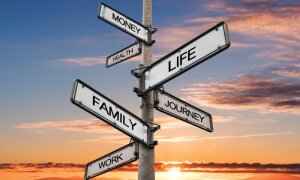