Uncontrollably farting... due to Salmonella

Honestly, I'd probably be suing for more...

Birmingham, United Kingdom: A man who hasn’t stopped farting for five years since he ate a ham roll is suing a food stall for £200,000 (well over Rs. 1 core).

Tyrone Prades, 46, ate the festive ham roll (ham sandwich) at a food stall he was visiting with his wife and children in December 2017, according to Irish Mirror.

The Wiltshire-based father from Chippenham began to suffer stomach cramps, diarrhoea, vomiting and fever within hours of eating the ham roll, a court heard.

However, according to Prades’ lawyers, his affliction with what is thought to be Salmonella didn’t end there as the father has had to put up with uncontrollable and regular flatulence that wakes him up at odd times during the night and causes embarrassment every time he's in public.

Besides, I thought Britain's National Health Service was supposed to be superb.
Or has Mr. Prades only just now managed to get an appointment after 5 years? 🤔
+ 1

Viper · M
@Thinkerbell I didn't miss the dig, I just don't know any of those details... or what his illness is. Or if he's even gone to the doctor...

But evidently, this one believes in lawyers. 😏
+ 1

I still can't believe this former football player, and sadly there is an entire religion or cult like this.

But they don't believe the law (other than the US Constitution) applies to them, unless they submit to them. It's crazy.
+ 0 · Reply · Jul 24, 2022
Translate

Viper · M
@TryingtoLava I think farting comes from bacteria in the gut, and science still has a lot to learn from that...

I think it's possible to completely change the bacteria in the gut, but then they should be able to change it back too...

But I don't know. I know some have a much bigger farting issue after gallbladder surgery.
+ 0 · Reply · Jul 24, 2022
Translate
115 people following
Street Food Personal Stories, Advice, and Support 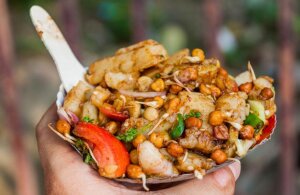