I Love My Family

Our marriage was eleven days short of one year old when my husband was diagnosed with a malignant brain tumor. That was terrible, and much of the next fourteen months were as terrible or worse, but there were moments...

After his brain surgery, he bounced back like he'd had a manicure. Surgery on Monday, insisted I bring in the checkbook so he could pay bills on Tuesday, sent home on Wednesday and not even provided a wheel chair for the trip out of the huge medical complex at UPMC, Pittsburgh. Thursday he would not hear of me making breakfast, he was taking me out. I thought, "Heck, tiptoe through the tulips!"

I knew my husband was diabetic but I knew zero about what that meant. He was lean and trim, habits from a twenty-three year military career, and his diabetes was a gift from Agent Orange in Vietnam. He'd been private, almost secretive about his sugar readings and insulin shots and I'd indulged him by pretending not to know about it. I would regret that.

On Friday, he was a little sluggish, a little lazy, unheard of for him. I thought, well, he's had an awful lot to process in six days.

On Saturday, we went to bed and a while later I became aware that Tim, who could will himself to a sound sleep in any circumstances whatsoever, was restless. Extremely restless. I thought, Stress and tension. I moved over to massage his legs to help him relax and sleep.

For your future reference, if a man is going into a hypoglycemic coma, a leg rub, however loving, doesn't help much.

At last I realized something more was wrong and flipped the light switch.

Tim's tongue was lolling out, his eyes were rolling and his left arm was drawn up in that distinctive 'brain damage' wing. He was completely unresponsive to my frantic questions. I grabbed the phone.

That night, the next night, two nights after that, I called the ambulance and followed it to the hospital, while they tried to raise his almost unregister-able blood sugar to safer levels. Every time, they sent us home in the morning.

Wrong again. The third night, we were asleep, I realized Tim was restless and we were off again. This time, two new ambulance attendants came to our house. They made no secret of the fact that they didn't like each other. One of them had a speech impediment, couldn't say L's - they came out as y's.

They fussed forever and a day trying to get an intravenous glucose drip into Tim's hand. The sheets were splattered with blood and they had made no progress. I said anxiously, "Look, the hospital's two blocks away...can't we just go there?"

"No," one said. "We're required to stabilize him before we move him."

"But you're not stabilizing him! You're killing him!"

They firmly suggested I wait downstairs. I did move out to the landing and bit my lip to keep from screaming. Finally they got the IV in. (Before long I became far more proactive when it came to Tim's care. I told a friend I was going to commission a T-shirt that said, "You are standing between my husband and something he needs. That is not a safe area.")

Our stairs were narrow, it was an old house. The man who couldn't say L's returned to the ambulance and brought back a portable chair. They strapped Tim into the chair and carried him down the stairs, out the door, to the gurney they'd left sitting in the grass off the porch.

The attendants carried Tim in the chair down the porch steps, then tried to lift him on the gurney, still strapped to the chair, apparently a detail they'd overlooked. The gurney tipped but righted itself, they regained control of the chair and set it on the grass, unstrapped the restraints and lifted Tim to the gurney.

At last we were in the street behind the ambulance. They opened the rear doors and rolled the gurney inside.

Our neighbor across the street was a sweet, dear lady who was totally deaf. I think she thought Tim had died and she flew down off her porch with her bathrobe flying open and hurried to me, mouthing, "I'm so sorry."

She repeated, "I"m so sorry and hugged me. She was standing in the way of the ambulance doors, and the one who couldn't say Y's tapped her on the shoulder and said, "Yady, Pyease move out of the way." She couldn't hear him, she was deaf.

She turned to look at him, and he repeated his request. She was still deaf and still couldn't hear him. He waved his arms, trying to direct her out of the way. She misunderstood and crawled into the ambulance behind Tim.

I thought, "I'm going to go stark raving mad right here on Franklin Street at 4 o'clock in the morning." I moved the attendants aside and reached into the ambulance for her hand. I drew her out of the ambulance and ushered her back across the street to her house, leaned into her face, she was crying, and mouthed elaborately, "It'll be okay!"

I turned to find the ambulance attendants staring after us, the doors still open. I stamped my foot and yelled, "Will you GO, dammit!" They started, closed the doors and climbed into the ambulance.

That day we were at the hospital until noon because the doctor wanted to talk to us. When he came into the ER examining room, he frowned at Tim and said, "We're seeing too much of you, Sir." Ya THINK?

Then he turned to me and said, "You [b]are[/b] making sure he gets fed regularly?"

A half-dozen wise answers rose to my lips but I shoved them down and said, "He's eating great," which he was.

The doctor frowned his doctor's frown again and asked, "You do know that the steroids they gave him during the brain surgery can really mess with his sugar, right?"

I stared back at him, my own frown deepening, and my voice rising as I spoke. "No, I didn't know that. Nobody at the hospital where he had the surgery, and nobody HERE during FOUR FREAKING TRIPS TO YOUR [b]FREAKING EMERGENCY ROOM EVER THOUGHT TO MENTION THAT LITTLE FACT.[/b]."

He shrank back. I was clearly unhinged. He was right, I was.

That day I took over monitoring Tim's blood sugar and administering his insulin. He was fairly good about it. We had only two more ER trips during that phase of his illness.

Mamapolo2016 · 70-79, F
In a couple of days, when he was safe and I was calmer, we both thought the story of that night was hilarious. You hafta take laughter where you find it. Don't feel guilty if it strikes your funny bone.
+ 1 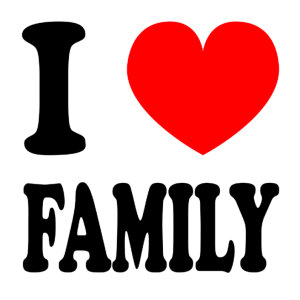