The way they attack you they give out the vibe that there secure but its the total opposite .
I never realised it until they were trying to break me down, and kept doing it at a constant basis for 13 years .
After 13 years of being trying to be broke down you be thinking that i started doubting myself but never did . I never re acted to any one of them and after it was happening for so long hoing through the pain . I know never feel lonely .
The main reason ive a clear conscious .
I put up with it for years in my teenage years and drank and smoked weed on it for a long time until i got psychosis from it for 3 and a half years . I never knew i had psychosis until i got out of it by a devine intervention by God when i was 24 . It started when i was 21 and it was the grace of God got me out of it .
So roll on a few years . I had break up when i was 30 and the person i was with met a very sick person cheating on me , so the person started to play a lot of heavy duty mind games with me cause i got them cheating and he didn't want to be rejected . About 50 other people joined in on the mind games so i went to shrink and i told her the situation and she said i had psychosis. I got a nervous breakdown , but she said i had psychosis but when she said that i knew that i didn't cause it was nearly the exact same tactic they played with me going back to my teensge years and i cane out of that and thrn i saw it all so i knew i hadn't psychosis and what i knew through all the mind games that happened you'd think it would bring God out of your life but the reality is that it made me closer.
Also i didn't have to do much work with God cause he seen everything .
A small bit of pain that was all .
I manages to stay sober and clean through it all and 17 and half years passed in my soberity and the key to all of that what i noticed is my friend said to me , she said 'Don't throw it back in Gods face " No drink No weed ".
And being honest id never drink or smoke weed over none of them .
The doctor gave me very strong medication and after telling what happened my body started rejecting the medication with Gods help cause i took one day infront of her and i actually started vomiting it back up .
I'd never again go by what anyone says next time until i can trust them , but other than that it's Gods way now 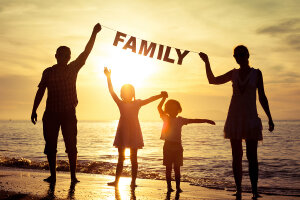