Patientlywaiting · 41-45, F
Don't worry you're still a good mum, I told my son that his birthday was cancelled because the government had announced that there were too many days in March lol.
+ 4

itsok · 31-35, F
Alright, so as a teenager who had a niece and nephews who were in that age range I would do stuff like this ALL the time.
Like I convinced them I grew thick hair all over my body, and I had to shave it every single day. And that bugs could talk but because they were so little their voices were tiny and it was hard to hear them. When my niece was almost 5 I would tell her I’m in a nudist colony and that I was inviting them to her fifth birthday party and she would laugh and say she didn’t believe me. So on her 5th birthday a car no one recognized pulled up and I jokingly said it was people from the colony, and she burst into tears. Turns out it was her (fully clothed) step-grandpa
+ 3

TurtleDreams · 22-25, F
@itsok they’re so fun at that age 🤣🤣 and their explanation to things are so cute. They really do know a lot and they know what’s up too.
+ 2 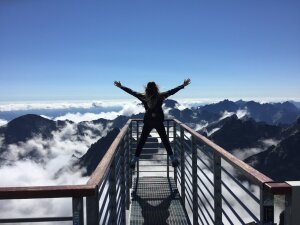