The European Union is an area of protection for people fleeing persecution or serious harm in their country of origin.

Asylum is a fundamental right and an international obligation for countries, as recognised in the 1951 Geneva Convention on the protection of refugees.

In the EU, an area of open borders and freedom of movement, member countries share the same fundamental values and joint approach to guarantee high standards of protection for refugees.

EU countries have a shared responsibility to welcome asylum seekers in a dignified manner, ensuring that they are treated fairly and their case is examined following uniform standards. This ensures that, no matter where an applicant applies, the outcome will be similar. Procedures must be fair, effective throughout the EU, and impervious to abuse.

With this in mind, since 1999, the EU has established a Common European Asylum System (CEAS). In 2020, the European Commission proposed to reform the system through a comprehensive approach to migration and asylum policy based on three main pillars:

My family are political refugees, and we first fled Belarus to Poland where my parents still reside. My sister Kira now lives in Israel (yes, we have the right to be considered Jews, although my family did convert to the Eastern Orthodox Church over a hundred years ago), and I have often thought about joining her there.

My parents sent me to the Netherlands, an EC founding country, to be educated. I first lived in Maastrict, and lately in Utrecht. I got my Bachelor's degree in European History when I was twenty one. 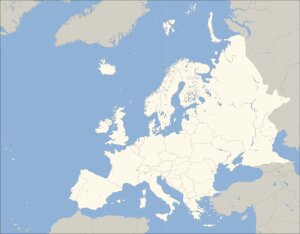