I think "diversity" slipped in stealthily. The "diversity, equity and inclusion" movement is irrational, discriminatory and not healthy for society. It sounds like something we all should favor but it is not.

People need to better understand what is meant by the people who promote it. It serves the agenda of agitators — mostly black, who created the movement — who spew hate at the American majority population. Though "diversity" is intended to primarily serve black people it has been expanded to include others — anyone not white heterosexual male, who it intends to weaken.

"Diversity" is disunity (the word itself is an antonym of "unity"). It means others have to accept those who reject acceptance of others, including their race and culture.

"Diversity" (often labeled "diversity, equity and inclusion") has quickly been widely accepted in society. The Fortune 100 all have created new positions in their companies with powers and privileges to promote and advance "diversity."

SW-User
When you're accustomed to privilege, equality feels like oppression. 🤷‍♂️

Since most of your posts are complaining about black people, I think I know what your game is.
+ 10

SW-User
@DffrntDrmmr You’re exhibiting a pattern, dude. You show your true colors with every post.

Maybe try examining why corporations do what they do and what they actually value (hint: it's not diversity).
+ 2

DffrntDrmmr · M
@SW-User You're showing yourself to be quite narrow-minded. I am not interested in your foolish suggestions.
+ 0 · Reply · Jul 25, 2022
Translate

windinhishair · 61-69, M
You couldn't be more wrong if you tried. Diversity is a strength, not a weakness, and as a white male, I hope that our diversity increases over time and makes us a stronger nation dedicated to justice and fairness no matter who you are, what your national origin or color of skin is, what your sexual orientation is, or what your politics or religion (or lack thereof) are.
+ 4

DffrntDrmmr · M
@windinhishair You hate anyone that doesn't subscribe to your perverse Leftist ideology. You are so ignorant. I don't have despicable views on race — you do. I'm not racist at all. Before they went nuts here recently I mostly voted for moderate Democrats all of my life, including Obama who I supported and defended (he's changed since).

Your knee-jerk reaction shows you don't even know the definition of racism. It's not someone discussing something they don't like involving black people. 🙄

I've never mistreated anyone because of race and have hired employees in my business career without discrimination (truth be told I covertly liked hiring them). So your incorrect judgement is bullshit and typical of the worst of your lot.

Frankly, you seem unusually unintelligent, ignoring reasoned discussion and going all out racist and hate with lies. Your virtue signaling is shallow. You're only fooling yourself — you have no virtue to promote.

As is often the case with irrational fools like you, what you accuse and project is only true about yourself. Blind hypocrite.

It is your ilk that is causing division and formenting hate in society. You should be ashamed of your racism towards white people.

Northwest · M
Why would you assume that white heterosexual males are getting replaced with those who are not?
+ 2

Northwest · M
@DffrntDrmmr [quote]Because that's what "diversity, equity and inclusion" is all about. They push for hiring or replacing white-heterosexual-male-held positions, that are available for whatever reason, with a non-WHM (see, now they've got me making up terminology, too). "Diversity, equity and inclusion" is evolved from the same ilk of people that came up with CRT, the anti-"white" black-authored history revision.[/quote]

"They"? you sound like a very rational person. So, how many jobs were you were fired from, simply because you were a white heterosexual male?
+ 0 · Reply · Jul 25, 2022
Translate

DffrntDrmmr · M
@Northwest Yes, "they." I sense that common English pronoun is a bad, bad word to you. 🙄

Correct, I'm quite rational. Fact, reason and context are important, I think.

I never said I or anyone else was fired for being white, heterosexual or male, did I? Be better at comprehending. We expect better from you.
+ 0 · Reply · Jul 25, 2022
Translate

[quote]I never said I or anyone else was fired for being white, heterosexual or male, did I?[/quote]

Zonuss · 41-45, M
There's nothing more hateful than supporting an ideology that not only oppresses the oppressor with guilt and shame. But causes your children to suffer emotionally as well . Being in your shoes is exhausting. That's what [b]hate[/b] does to you. Diversity is saying everyone belongs. Everyone is equal. Everyone should be involved. Those who disagree are the ones who feel threatened by other humans because they themselves are not .. human. 🙂
+ 1

DffrntDrmmr · M
@Zonuss You should never be given what you didn't earn by discriminating against others. Your skin color entitles you to nothing! Your hate and racism is despicable.
+ 0 · Reply · Jul 26, 2022
Translate

Zonuss · 41-45, M
@DffrntDrmmr I discriminate against no one. Number two I work for a living. That's my ideology. Number three your privilege does not mean you are superior or entitled to anything because you are not. 🙂
+ 1

Budwick · 70-79, M
[quote]The "diversity, equity and inclusion" movement is irrational, discriminatory and not healthy for society. It sounds like something we all should favor but it is not.[/quote]

Give this man a prize!
A big, BIG prize!
I'm talking, the giant unicorn on the top row, kind of prize!

Drummer, you have nailed it. 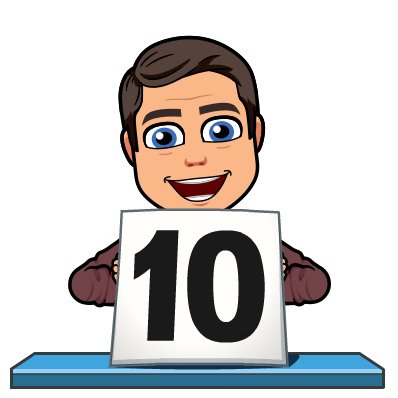 Diversity serves everyone regardless of race, sexuality, religion, or nationality. And the laws surrounding it protect people from facing discrimination least the company wants to be sued for discrimination. This made up idea that diversity is causing White heterosexual men to lose their job because they are white heterosexual men is ridiculous.
+ 1

Curiositeintrigueedunefille · F
Multiculturalism just doesn’t work for many mostly cause of extreme differences in government and religion.
+ 1

DffrntDrmmr · M
@Curiositeintrigueedunefille True. It is a recipe for divisiveness and disunity. It's been a contributor to the weakening and breakdown of societies (and even breakup, such as the Soviet Union and Yugoslavia).

On one hand, liberal democracies championed it because it seems idealistic, even noble, for wealthy societies to do so. As more and more Western countries are discovering, unless there's a path to assimilation it becomes a problem. In the case of our United States, it's becoming less united.
+ 1

Curiositeintrigueedunefille · F
@DffrntDrmmr agreed! Many come here with the intention of NEVER assimilating but bent on changing OUR customs and traditions. Makes me see red.
+ 1

Concretedust · M
putin needs you in the ukraine and the Ukraines need fertiliser for their crops!
+ 1

PicturesOfABetterTomorrow · 36-40, M
When you are used to privilege, equality feels like oppression.
+ 1 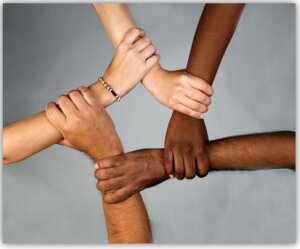