Notre-Dame de la Garde (literally: Our Lady of the Guard), known to local citizens as la Bonne Mère (French for 'the Good Mother'), is a Catholic basilica in Marseille, France, and the city's best-known symbol. The site of a popular Assumption Day pilgrimage, it was the most visited site in Marseille. It was built on the foundations of an ancient fort at the highest natural point in Marseille, a 149 m (489 ft) limestone outcropping on the south side of the Old Port of Marseille.

Construction of the basilica began in 1853 and lasted for over forty years. It was originally an enlargement of a medieval chapel but was transformed into a new structure at the request of Father Bernard, the chaplain. The plans were made and developed by the architect Henri-Jacques Espérandieu. It was consecrated while still unfinished on 5 June 1864. The basilica consists of a lower church or crypt in the Romanesque style, carved from the rock, and an upper church of Neo-Byzantine style decorated with mosaics. A square 41 m (135 ft) bell tower topped by a 12.5 m (41 ft) belfry supports a monumental 11.2 m (37 ft) statue of the Madonna and Child, made of copper gilded with gold leaf.

An extensive restoration from 2001 to 2008 included work on mosaics damaged by candle smoke, green limestone from Gonfolina which had been corroded by pollution, and stonework that had been hit by bullets during the Liberation of France. The restoration of the mosaics was entrusted to Marseille artist Michel Patrizio, whose workmen were trained in Friuli, north of Venice, Italy. The tiles were supplied by the workshop in Venice which had made the originals.

My first home on arriving in Marseille aged nineteen was the street just below the cathedral. It was scary, wintry, and I was eight months pregnant! 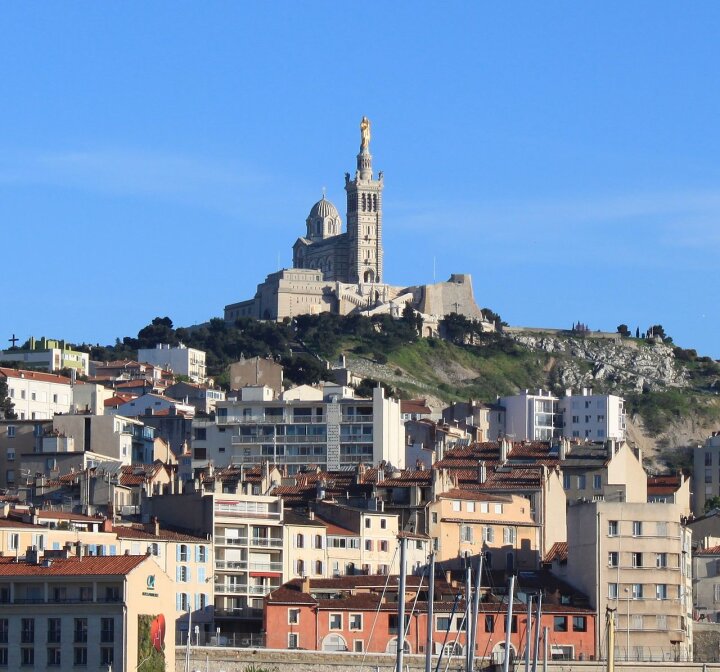 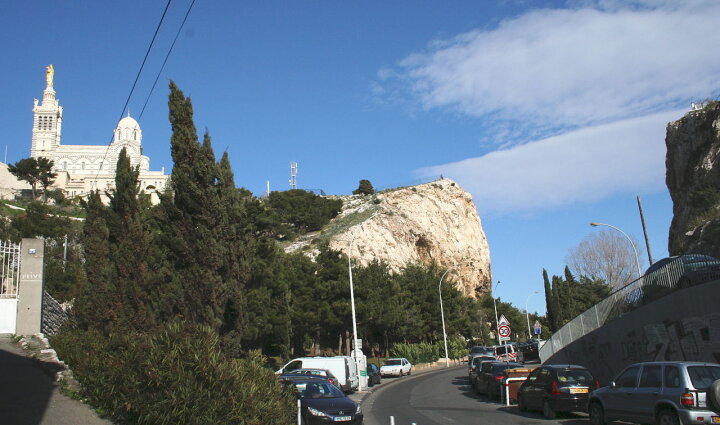 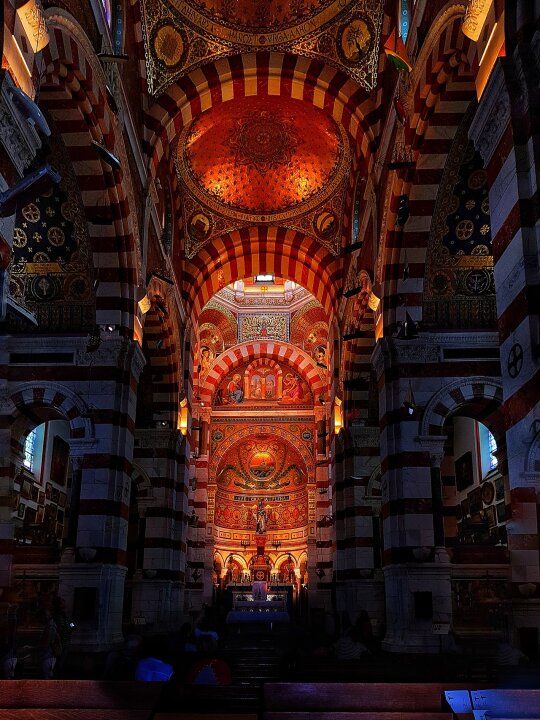 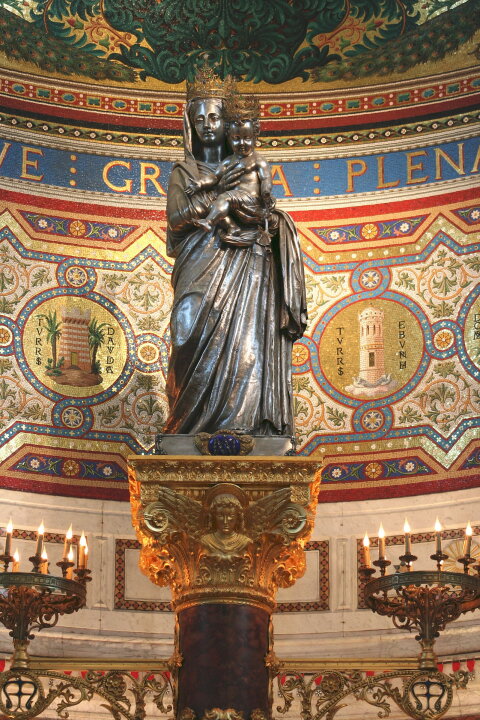