Utrecht is the Dutch most Catholic city.

St. Martin's Cathedral, Utrecht, or Dom Church (Dutch: Domkerk), is a Gothic church dedicated to Saint Martin of Tours, which was the cathedral of the Diocese of Utrecht during the Middle Ages. It is the country's only pre-Reformation cathedral, but has been a Protestant church since 1580.


The church as seen from the tower, in front the temporarily rebuilt section (2004). 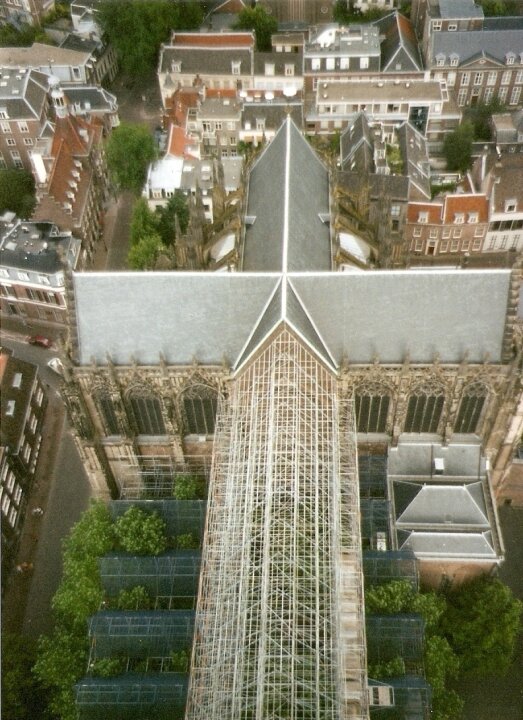 View of the cathedral and tower, with the Buurkerk in the foreground.
It was once the Netherlands' largest church, but the nave collapsed in a storm in 1674 and has never been rebuilt, leaving the tower isolated from the east end. 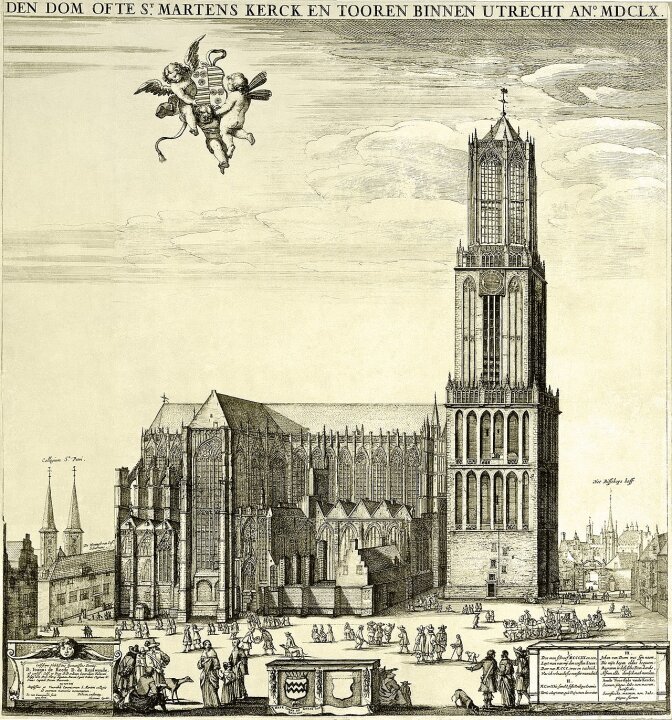 The building is the one church in the Netherlands that closely resembles the style of classic Gothic architecture as developed in France. All other Gothic churches in the Netherlands belong to one of the many regional variants. Unlike most of its French predecessors, the building has only one tower, the 112-metre-high (367 ft) Dom Tower, which is the hallmark of the city.