I Have Faced Reality

Let's be realistic, not every President was loved by everyone. A few got shot, but absolutely none in recent history has been tried in a court of law much less imprisoned. So please, for everyone's peace of mind, stop screeching this crap at the top of your lungs. Even if a miracle should happen and he's impeached, Clinton proved that Trump doesn't have to leave office.

It's not going to happen. You know it and so do we.

rckt148 · 61-69, M
Bill was not put out of office because the Senate didn't want that
It takes a 2/3 vote to act on that
They did get the 2/3 vote to impeach him ,it was proven he lied under oath
They chose to punish him after he left office

I think with Trump this is to keep him from being reelected ,,
they already know they will never get the votes to remove him

Well I personally am tired of hearing it myself

But its not to unseat him ,,its an attempt to see he is not reelected
+ 2

Echoing · 61-69, F
Anymore it seems nothing else is in the news that matters but the battle between the parties. All it is doing is causing hate to grow.
United we stand... Divided we fall.
+ 3 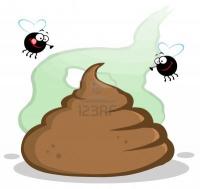